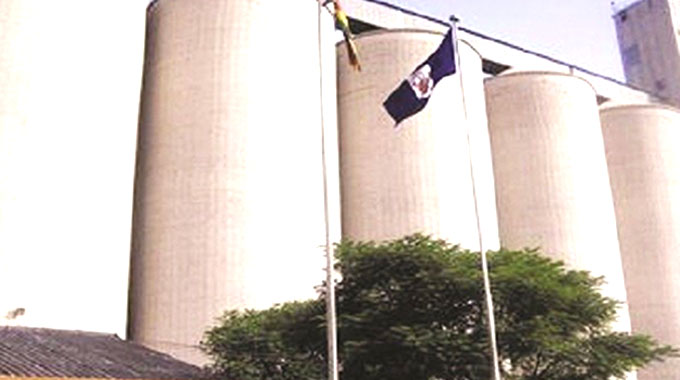 Elita Chikwati Senior Reporter
The Grain Marketing Board (GMB) on Monday denied that it received funds meant for Command Agriculture from the Reserve Bank of Zimbabwe (RBZ).

The GMB said it was only a receiving agent for the input programme.

This was said by GMB operations manager Mr Clemence Guta and acting finance director Ms Constancia Dzenga before the Public Accounts Committee, which was chaired by Mr Tendai Biti.

The committee wanted to know how GMB had used the money received from the RBZ in connection with Command Agriculture.

The committee stated that in 2017, $847 million meant for agricultural inputs was paid directly to various service providers.

Mr Guta said GMB was not a procuring authority, but only received inputs at its depots.

“For the 2017/18 payments done by the RBZ, we were a receiving agent,” he said. “Once the inputs were delivered we distributed to farmers through vouchers.”

For the Presidential Scheme, Mr Guta said the role of GMB was to receive inputs and distribute them to beneficiaries on a list that was drawn up by the local leadership with assistance from Agritex officers.

On imports, Mr Guta said the GMB was a receiving agent, but identified suppliers through a tender process and payments were done by the RBZ.

“We were never involved in receiving money,” he said.

“We were signing contracts as a receiving agent and the RBZ would sign as the paying agent. For grain procurement, we received money to pay local farmers from Treasury.”

The legislators expressed concern over the failure by GMB officials to give the value of the inputs they received for Command Agriculture, with others describing this as gross negligence.

“We do not have the value in our records,” said Ms Dzenga.

“We recorded the inputs in terms of the tonnage received and not the value. We were involved in these schemes because of our depot network.”

The duo said although the parastatal charged handling fees, these were based on tonnage and not value.

The legislators wanted the figure so that they could compare it with the one that RBZ had given them.

The committee instructed GMB officials to avail all the relevant documents.

After the GMB, Croco Motors appeared before the same committee to furnish the legislators on the vehicles supplied to Government.

Mr Leslie Chingwena, who was representing Croco Motors, did not bring the required documents and promised to bring them on his next appearance.

Valley Seeds sales manager Mr Tich Maponga and accountant Mr Godwin Tiya also appeared before the same committee to explain how they won the tender of supplying chemicals, seed and knapsack sprayers and why they had gone through the RBZ, which did not have a department that deals with agricultural chemicals.

The pair could not give satisfactory answers and were told to bring the contract documents and proof of supply and payments.

“For this season we supplied seed, chemicals and knapsack sprayers. We were never paid in foreign currency, but at interbank rate.”