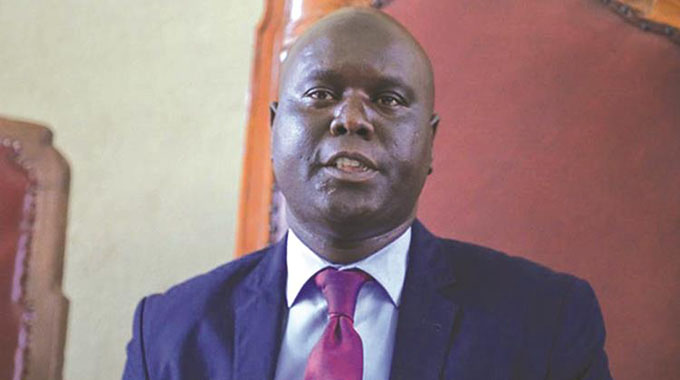 SUSPENDED Harare Mayor Herbert Gomba and six councillors have petitioned the High Court to nullify their recall by MDC-T led by Dr Thokozani Khupe, claiming she has no authority to do so in terms of the supreme law of the country.

MDC-T’s grounds for recall were that the MDC-Alliance list, on which the six were elected, was a composite of the allocated nominations of the eight parties that went into the electoral alliance with the deal being that the constituent parties would retain their identity and control.

In an urgent chamber application filed at the High Court, Gomba and the six councillors cited MDC-T, Local Government and Public Works Minister, City of Harare and the Zimbabwe Electoral Commission (ZEC) as respondents.

They want the court to declare their recall null and void, claiming that MDC-T had no power to recall “a mayor, chairperson and councillors of any local authority”.

In addition, they want the court to bar both the Ministry and Harare City from obstructing them from conducting their constitutional mandate unless the ministry complies with certain provisions of the Constitution.

Gomba and the six councillors are arguing that they are constitutionally elected councillors for their respective wards, while he was elected as mayor in terms of the Urban Councils Act and the move by MDC-T to recall them from office was premised on an assertion that they had ceased to be its members.

The seven are accusing the Minister of Local Government and Public Works of endorsing their recall when he instructed the local authority to proceed without complying with the provisions of the Constitution.

This, they argue, will prompt ZEC to call for a nomination day to fill the vacancies in 35 days’ time.

“Applicants are challenging the recall on urgent basis for the reasons that first respondent has no authority to cause such a recall in terms of the Constitution of Zimbabwe,” said lawyer Ms Shamiso Mangwende who certified that the matter should be treated with urgency.

“If first respondent (MDC-T) has such power, which is denied, the second respondent (Minister) has not established a tribunal as is required by . . . the Constitution. The third respondent (City of Harare) has an obligation to call for a nomination date in 35 days of such recall starting August 26, 2020.”

In this regard, Ms Mangwende said there was no time for the dispute to be resolved as an ordinary court application as the aggrieved mayor and councillors are prejudiced permanently by virtue of being barred from performing their constitutionally mandated functions premised on blatant violations of the Constitution.

Since the Supreme Court ruled in a civil suit brought by others in the MDC-T that Mr Nelson Chamisa grabbed power outside the MDC-T’s own internal rules, the 2014 leadership that resumed temporary control has been having senators, MPs and councillors recalled.

The MDC-A has argued that it was a party at the time of the 2018 elections, but the High Court ruled that it was just an electoral alliance and that the underlying parties remain in control of the public office holders.

Apart from the leadership wrangles, the opposition has seen arrests for corruption by office holders in the Harare City Council.

Gomba is on $10 000 bail after he was arrested on abuse of office charges.

A faction of councillors aligning themselves to the leadership of Dr Khupe is now pushing for the ouster of those opposed to her ascendancy as the interim MDC-T leader following the Supreme Court ruling.