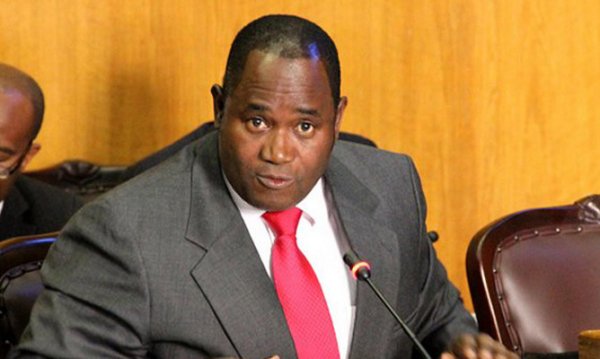 On July 13, 2018, the stockfeed firm, through its lawyers Gwaunza and Mapota Legal Practitioners, petitioned the court for an order to compel Lunar Chickens alongside Velenjani Lupankwa, Lavi Maundura and Tenbach Investments (Pvt) Ltd, to pay the amount, claiming the latter had reneged on the parties’ agreement signed over four years ago.

But Gono and his co-defendant, through their lawyers, Tendai Biti at Law, filed to challenge the claim on August 1, 2018.

“Take notice that on August 1, 2018, at 2:55pm, the defendants (Lunar Chickens, Lupankwa and Maundura), hereby, entered appearance to defend. Further take notice that the defendant’s address of service is care of their under-mentioned legal practitioners of record. The summons was served on the defendants on July 20, 2018,” part of the notice read.

In its declaration, Profeeds said sometime in January 2014, it entered into an agreement with Lunar Chickens for the sale of feed on credit and it was agreed that Gono’s business would pay for the feed within 30 days of delivery.

“It was also agreed that any amount not paid on due date would become due and payable to the plaintiff (Profeeds) and defendant would be liable for interest at the rate of 2% above the publicly quoted prime overdraft rate charged by Standard Chartered Bank,” Profeeds said. Between March 21 and 28, 2014, Lunar Chickens allegedly took delivery of feed worth $89 517, an amount which remained outstanding to date.

The firm further said Lupankwa bound himself as surety and co-principal debtor with Lunar Chickens, while Tenbach Investments passed a $100 000 surety mortgage bond in favour of Profeeds as continuing covering security. The feed firm said it also paid bond registration fees of $3 300 on behalf of Lunar Chickens on October 20, 2014, and the money has not been refunded.