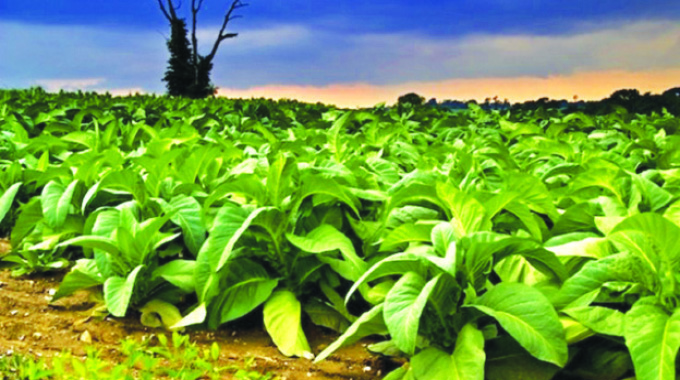 More tobacco is likely to be put under irrigation this year after the country received good rains in the just ended season, according to the Zimbabwe Tobacco Association (ZTA).

In Zimbabwe, tobacco is grown under irrigation (September planting) or as dry land that is rain fed between October and December.

Throughout the season, most parts of the country experienced extremely wet conditions.

In December, rainfall averages in various districts were between 230 -300mm, although there were some with much higher rainfalls.

The months of January and February were very wet with most parts receiving above normal rains.

Some dam levels have reached 100 percent and some are spilling.

There are already growing calls to increase investments in irrigation to minimise vulnerabilities associated with climate change induced droughts.

Temperatures have been rising in Africa at a comparable rate to other regions, but the continent is exceptionally vulnerable to the shock, according to the World Meteorological Organisation (WMO).

Warming temperatures are slashing crop yields. Agriculture is the backbone of Africa’s economy.

According to ZTA, irrigated tobacco yields are estimated to be below last season by 10 percent.

Dryland yields are estimated to be much lower than last season because of the very wet weather experienced in January and February.

The higher than normal rainfall has resulted in some areas experiencing water logging of fields and leaching of some crops.

This year’s selling season is expected to open next week. It is estimated that production might be slightly lower than last year as extremely wet conditions affected the crop in some areas.

The Tobacco Industry and Marketing Board, which regulates the sector and Agritex are finalising their crop assessment and more accurate figures will be used to determine a national crop size.