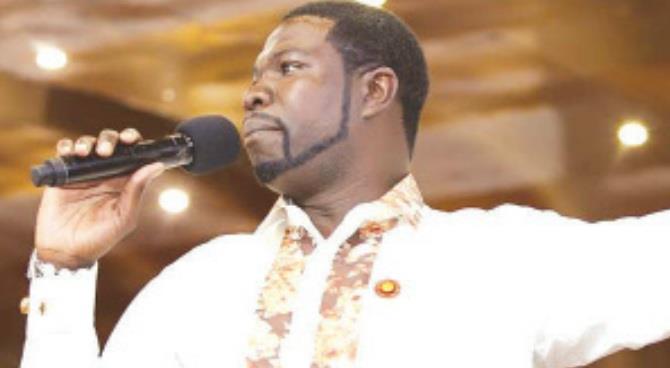 HARARE – In a surreal development, Prophetic Healing and Deliverance (PHD) Ministries founder, Walter Magaya, appeared in court yesterday — where he was charged with distributing and advertising his controversial HIV/Aids herbs without regulatory approval.

This happened after Magaya was arrested on Thursday — moments after the charismatic preacher had appeared at a press conference in Harare with Health minister Obadiah Moyo, where he apologised profusely for making the much-criticised claim that he had discovered a cure for HIV/Aids, through a herbal mix called Aguma.

If he is convicted, Magaya will face a fine or two years in prison, according to the law governing the advertising or sale of unapproved medicines and drugs.

The charge sheet read in court yesterday alleged that the popular preacher had destroyed some of the exhibits by flashing his herbs down the toilet and burning their containers.

However, authorities said they had managed to recover some of the half-burnt containers during a search at his Marlborough premises.

Magaya was granted $300 bail, coupled with stringent conditions which include surrendering his passport and the title deeds to his vast Waterfalls hotel.

He will be back in court on November 29.

Appearing before Harare magistrate Elisha Singano, Magaya was accused of announcing on his television channel that he had discovered Aguma, which he claimed was a cure for HIV/Aids, cancer and other ailments.

The court heard that the preacher had made further claims on the website of his Indian partners, Aretha Medical — where it was recorded that the two parties were together the manufacturers of Aguma.

Verifications had subsequently been sought through the Medicines Control Authority of Zimbabwe, which revealed that Aguma was not a registered medicine or drug in the country.

The State also alleges that neither Magaya nor Aretha Medical are authorised by the Health Professions Authority to carry out clinical tests on any human being, to prove that Aguma can cure HIV/Aids and cancer.

On Tuesday, the government had warned the popular preacher that he risked being arrested if he went ahead and sold his controversial herbal offering without regulatory approval.

This was after Magaya had told multitudes at his Waterfalls church last Sunday that he had found a cure for HIV/Aids and cancer — going on to say that his controversial herbs would go on sale today.

His sensational claims triggered a fierce backlash from both authorities and medical experts, who robustly pooh-poohed them — saying this had the potential to destabilise the government’s fight against HIV/Aids.

The government turned the heat on Magaya on Wednesday after it obtained a warrant to search for and seize his herbs — which later saw detectives combing one of his premises in Marlborough where unregistered prescription preparatory medicines, drug manufacturing and packaging machines, as well as drug manufacturing raw materials were recovered.

This led to his arrest on Thursday, after he had just apologised to authorities and the nation for announcing the discovery of Aguma.

“I carry a very important apology to the ministry, to the public at large and all organisations. I, after discovering what I discovered, which was tested, and holding a report which was overwhelming to myself, I went on and announced what I was carrying in my hands without taking note of the authorities of Zimbabwe.

“We rushed with the results of what we were carrying without the authorities scrutinising it. At the same time, I would like to acknowledge the ministry, which has held me like a child and showed me the way,” Magaya said during Thursday’s press conference.

Earlier on Sunday, Magaya had told thousands of his congregants that Aguma could cure both HIV/Aids and cancer — adding that the government was ready to support him.

“When I approached the government, their response made me feel that they were ready to support us.

“Government will carry out its own research and is summoning a local research board to bring in people who are HIV positive and take statistics on people taking Aguma.

“They will test it for any threats to health, its efficacy and side effects among many other things and have the final say,” he said at his Waterfalls church in Harare.

He added that the government was set to announce the first public results on Aguma after 14 days, saying further that the herbs had undergone the appropriate registration as a supplement in Zimbabwe and that he had also approached the World Health Organisation.

“We wrote to the World Health Organisation (WHO) and they said they would work hand-in-hand with government rather than individual-to-individual,” Magaya said.

The claims set off a wave of criticism as health professionals and rights groups said his revelations had the potential of destabilising the anti-retroviral treatment (ART) programme, which currently has millions of patients on treatment.

The government is currently on an ambitious $103 million, five-year HIV-testing strategy — to raise the number of people who know their status, as the country bids to build on the progress which has been made in the last seven years, which saw new HIV infections falling by 50 percent.

The testing strategy is part of the government’s efforts to achieve the 90-90-90 target — which seeks to have 90 percent of all people with HIV know their status, 90 percent of diagnosed people being on treatment, and 90 percent of those on treatment having suppressed levels of the virus in their bodies by 2020.

Zimbabwe has an HIV prevalence rate of 13,7 percent according to 2016 national estimates.

The country has been making strides in its fight against HIV/Aids despite the current economic turmoil which health experts say has hit the operations of most of the country’s major hospitals, including the procurement of essential drugs for people living with the pandemic.