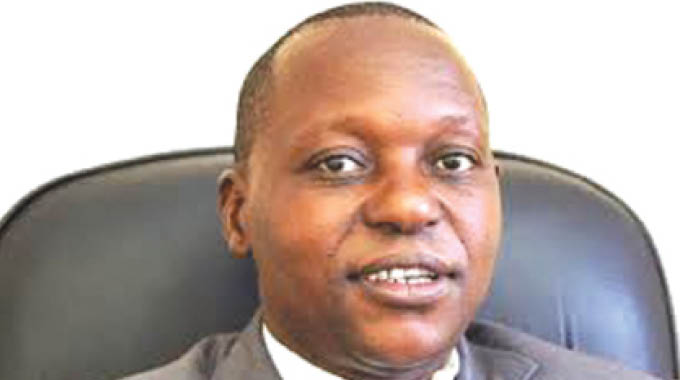 TREASURY has released $46 million to the District Development Fund (DDF) to help drill 600 boreholes that will provide clean water for consumption and irrigation, especially in the country’s eight rural provinces, in line with President Emmerson Mnangagwa’s recent directive.

The exercise also involves rehabilitating hand-pumps to restore their efficiency and productivity. DDF director of water supplies and maintenance Mr Edwin Toriro told our Harare Bureau that the projects, which are being jointly undertaken with the Ministry of Health and Child Care, would be biased towards drought-prone areas.

“DDF in conjunction with the Ministry of Health and Child Care has received $46 million that will cater for the drilling of boreholes countrywide. We intend to drill 600 boreholes and they are going to be divided around the eight provinces accordingly,” said Mr Toriro.

“Each province will have a total of 60 boreholes and they will assist locals on the water crisis. We are doing this as per Presidential Declaration in terms of the District Development Fund Act.”

Most parts of the country are currently parched as a result of the drought-plagued 2018-2019 rainy season. More than 100 boreholes will be drilled in areas such as Muzarabani, Mangwe, Chiredzi, Kanyemba, Mukumbura, Uzumba Maramba Pfungwe, Tsholotsho and Binga, which experience water problems seasonally.

“We are also going to drill boreholes close to irrigation schemes . . . With the community support under public works programme, hand-pump rehabilitation is being applied as well in all provinces. Moreso, an exercise of borehole flushing is being carried out. This exercise involves flushing out dirt and debris using compressed air. The blowing out will restore the productivity of the borehole. More projects are on their way. Funds have also been allocated for setting up irrigations schemes,” he said.

Overall, about $58,5 million is required to carry out extensive infrastructure rehabilitation and construction works in six provinces under the DDF’s public works programme. Already, Government has shelled out $9,3 million to drill and rehabilitate boreholes, re-gravel roads and construct dams and bridges.

A monitoring and evaluation report dated August 19 obtained from the Office of the President and Cabinet outlines all DDF programmes undertaken so far this year, including rehabilitation of infrastructure damaged by Cyclone Idai. The works were undertaken in Masvingo, Midlands, Mashonaland East, Matabeleland South and North and Masvingo provinces.

Minister of State for Presidential Affairs in charge of Implementation and Monitoring Dr Joram Gumbo told our Harare Bureau that price escalations had stalled some of the projects, resulting in targets being missed. He said budgets for most projects have had to be reviewed as a result.

“We have been quietly undertaking reconstruction and rehabilitation of our infrastructure in rural districts, particularly those that have been neglected for so long,” said Dr Gumbo.

“The President is passionate about having world-class infrastructure and he does not want our rural areas to be left behind. So, through DDF, Government has been leading from the front, using our own resources in rehabilitating our infrastructure. However, the price volatility has been holding us back as we have had to redo our budgets for projects that are still underway,” he said.

According to the report, over $1,8 million has been used for works in Manicaland province, which bore the brunt of Cyclone Idai.

In Chimanimani, over 11,5km of Shinja Road was graded, with around 19km now outstanding. In Mutare, grading of Munyari-Chengetai road was completed. Re-gravelling of the Penhalonga-Inodzi, Bambazonke-Bemhiwa roads is underway, with less than two kilometres of the two projects yet to be completed. The Cashel Valley Irrigation Scheme is also being rehabilitated as three major canals are under construction, while a weir is also being developed.

Over $1,6 million has been spent rehabilitating infrastructure in Mashonaland East, where roads including Nyamuzuhwe-All Souls, East Hunyani- Makosa and Nhekairo-Zviyambe, among others, are at different stages of either re-gravelling or grading.

At least 39 road rehabilitation projects are at different stages of implementation in the province, where 23 boreholes have already been sunk, 73 have been rehabilitated and 534 have received maintenance.

At Mutevere Primary School in Chikomba and Chisarasa Primary School in Seke, four classroom blocks are being constructed and at the roofing stage, while staff houses are being constructed at schools in Murehwa and Goromonzi. In Masvingo province, 16 road projects are underway, including the Mushanduri-Baradzanwa, Baradzanwa-Checheni and the Bikita-Pamushana roads damaged by Cyclone Idai. In Bikita, 22 boreholes have been flushed after being affected by the recent cyclone, while 31 new ones have been drilled and four have been rehabilitated.

A dam has also been constructed at Kushanduka and pipes have been installed to link the dam with farming areas. Also, over $1,5 million has been spent in Masvingo province. In Matabeleland North, 13 road projects are being undertaken, while contractors are being sought for three projects.

The water division is actively working on five irrigation schemes, which are between 30 percent and 95 percent complete, while two others are yet to begin.  In Matabeleland South, eight road rehabilitation projects are underway, with four — Lutumba-Tongwe; Mapae-Dite-Peters; Penemene-Makawa; and Beitbridge council road — already complete.

“Matabeleland South province was devastated by two cyclones, namely Elin and Dineo; this destroyed the provinces road and bridge networks. This had the adverse effect of increasing the works in terms of construction of bridges and road construction as some have to be built from scratch and roads reformed,” reads part of the evaluation report.

In Midlands province, 10 road projects are being undertaken, including the Nyamakiti Bridge in Mvuma district. Also four boreholes have been drilled, while 94 have undergone maintenance.