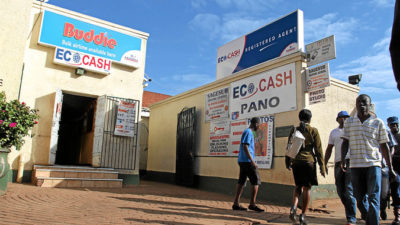 The government on Friday struck a mortal blow on Econet, suspending mobile money transactions, which will affect EcoCash the most, and suspended trade on the Zimbabwe Stock Exchange in an effort to contain the collapse of the country’s currency.

In a statement on Friday evening, the permanent secretary in the Information ministry, Nick Mangwana said the ban on mobile cash was part of President Emmerson Mnangagwa’s pledge to deal with wolves in sheep’s skin among the country’s population.

Econet’s EcoCash is the biggest mobile money service and the measures will be felt hardest by the Strive Masiyiwa owned company, which has a 94% market share.

“Government is in possession of impeccable evidence which constitutes a prima facie case whereby the phone-based mobile money systems are conspiring with the help of the Zimbabwe Stock Exchange either deliberately or inadvertently in illicit activities that are sabotaging the economy,” Mangwana said in a statement.

Mangwana said Econet was holding onto $8 billion across its network of half a million agents.

“Ecocash, in particular, is acting as the centre pivot of the galloping black market foreign exchange rate and, therefore, fuelling the incessant price hikes of goods and services that are bedevilling the economy and causing untold hardship to the people of Zimbabwe,” he continued.

Econet and the Zimbabwean government have clashed several times in the past few months, with the authorities banning a number of EcoCash agents.

The RBZ at one time said it was banning EcoCash’s cash in and cash out facility, arguing that it was fuelling trade in currency.

The Reserve Bank of Zimbabwe has also in the past described EcoCash as a Ponzi scheme.

Masiyiwa, a very litigious person, is likely to go to the courts to try and stop the ban.

This is the latest move by the government to shore up a currency that has largely been rejected by Zimbabweans.

The government has been accused of trying to deal with symptoms rather than fixing the problems affecting the economy such as corruption, policy inconsistencies and the government’s huge appetite for spending.