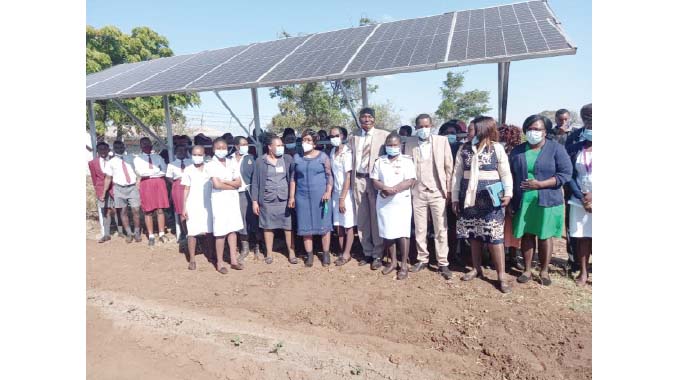 Robin Muchetu, Senior Reporter
THE Government is yet to avail a relocation plan for about 350 villagers whose homes are being affected by the construction of the Gwayi-Shangani Dam which is set to be completed by the end of the year.

Villagers that are affected are to be relocated to a safe area to avoid being affected by floods and overspill of the dam. In an interview, Matabeleland North Minister of State for Provincial Affairs and Devolution Cde Richard Moyo said plans were underway to ensure there is safe shelter for the affected villages.

“We are working with councils from Lupane and Binga so that we speed up the relocation process. We do not want to rush when the rainy season starts and the dam starts to have water then it disturbs the villagers. There are still considerations being made whether it’s land or houses that will be offered to the affected people. The Ministry of Lands, Agriculture, Fisheries, Water and Rural Resettlement is actually working out something.

“Government will definitely come in to assist, say the area where people are to be relocated to is now far from schools, clinics and other amenities, they will then construct these together with roads that will be constructed through the District Development Fund. We will also ensure there is a water source for the villagers, we cannot move people to an area where there is no water. That has to be in place first.”

Cde Moyo said all Chiefs and other ministries were also heavily involved in the relocation exercise. Cde Moyo said in terms of compensation, Government was coming with a document on how it will be carried out.

“We are thinking that the same model that was used in the relocation of villagers to pave way for the Tugwi-Mukosi Dam will also work for the villagers affected by the construction of Gwayi-Shangani Dam. This project is set to be completed by December 2021 so we have to make sure that we have relocated the people by then,” added Cde Moyo.

In a recent meeting with the Minister of Lands, Agriculture, Fisheries, Water and Rural Resettlement Dr Anxious Masuka, Cde Moyo said the issue of relocation had to be attended to.

Cde Moyo also said the province has 10  000 hectares that were identified for irrigation and they wanted to start identifying potential investors and start preparing for work to commence on proposed irrigation sites. The completion of the Gwayi-Shangani Dam is expected to ease the water woes of Bulawayo and Matabeleland regions for both domestic and irrigation use. — @NyembeziMu