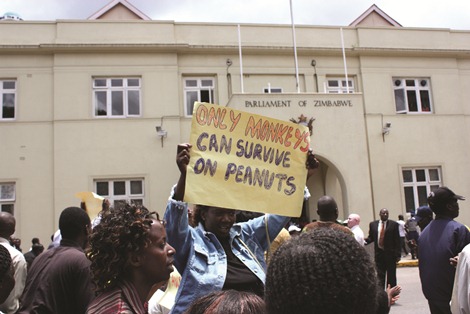 This comes after civil servants demanded to be paid in United States dollars and gave the government a 14-day notice to resolve their incapacitation or face a full-blown strike.

In a press statement, Public Service Commission (PSC) chairperson Vincent Hungwe said the NJNC meeting will specifically address issues to enhance the capacity of government workers to effectively discharge their duties in their respective sectors.

He said there is also need to agree on a road map to roll out the establishment of a Public Service Pension Scheme based on a funded and defined benefit modality that is guaranteed by government to protect contributors and generate input to align the current legislation that guides labour relations in the public sector to the Constitution.

Ahead of the meeting, teachers unions remain adamant on their demand for the USD as a solution to their poverty.