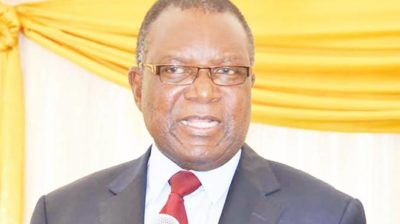 Energy minister Joram Gumbo says government is now evaluating two proposals for the construction of a second fuel pipeline from Beira to Harare.

The project, which is estimated to cost in excess of $1 billion and meant to increase current pipeline capacity, has been on the cards since 2014, but there has been very little progress.
“There have been serious proposals from two companies, one which is the one that has got the CPMZ pipeline from the Mozambican side and another company from South Africa,” Gumbo told Parliament’s energy committee last week.

“These two companies have submitted proposals to put up the second pipeline, they are still negotiations and evaluation of the proposals.
“After we have come to an agreement, we will be able to share the finality,” he said.
The Zanu PF legislator noted that the second pipeline was not only in the “interest of Zimbabwe as the economy expands, but it is also in the interest of the region”.

“Botswana, Zambia, DRC, Malawi and the northern part of South Africa are also interested in seeing distribution of oil from Zimbabwe which could make it cheaper for them.
“If the oil was pumped directly from the sea into Zimbabwe it would save us because the current arrangement is that the oil is first pumped into some tanks in Mozambique which adds costs for everyone,” Gumbo said.

Zimbabwe has also reportedly discussed plans with Botswana to extend the Feruka Oil Pipeline from Msasa in Harare to Francistown, to reduce cost of fuel transportation for the landlocked neighbour, which presently uses “expensive models in road and rail”.
This comes as Finance minister Mthuli Ncube recently indicated that a world-class ‘‘Regional Fuel Dry Port’’ at the Mabvuku loading gantry and Msasa Depot, would ease the pressure on government to source and allocate foreign currency for fuel imports.

Zimbabwe’s recurring fuel shortages have over the years been caused, mostly by shortages of foreign currency.
Central bank governor John Mangudya told the same committee last week that the current shortages of fuel have been caused mostly by delays in the processing of letters of credit.