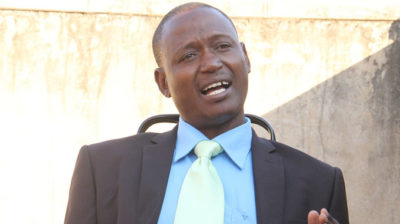 GOVERNMENT has released $20 million to the Primary and Secondary Education ministry towards the drilling of 80 boreholes in most urgent schools ahead of the schools reopening, Lands, Agriculture, Water and Rural Resettlement deputy minister Douglas Karoro has revealed.

Speaking in Senate on Thursday, Karoro disclosed that 3 355 of the 9 800 boreholes in the country had broken down, while others had dried up due to a change in the water table, thus posing a health crisis.

“Treasury has disbursed $20 million to the Ministry of Primary and Secondary Education for the drilling of 80 boreholes in schools they are urgently needed in order to assist with their reopening,” Karoro said.

Schools are set to reopen their doors to Zimbabwe Schools Examination Council examination classes next Monday, despite teachers’ reservations over government’s preparedness.

“The reported number of water points drying up are increasing leading to the demand in new boreholes,” Karoro said.

“The increased demand of boreholes calls for the need to strengthen Zimbabwe National Water Authority through the allocation of requisite financial resources, including acquisition of advanced rigs with capabilities for both air and mud drilling as the water table has greatly receded.”

Citizens, particularly those in urban areas, have been struggling to access clean water, with the majority turning to untreated surface water, risking contracting waterborne diseases.