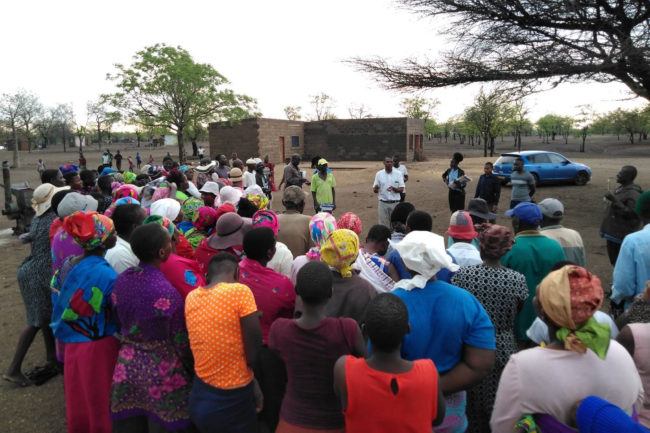 GOVERNMENT has made a tactical withdrawal of plans to hurriedly evict over 12 500 Chilonga villagers to pave the way for a Lucerne grass project by Dendairy, after repealing the contentious Statutory Instrument (SI) 50 of 2021.

Yesterday, government’s lawyers produced Statutory Instrument 72A of 2021, which was gazetted on Wednesday — a day before the High Court hearing — which repealed SI 50 of 2021.

The Zimbabwe Environmental Lawyers Association (Zela) challenged the constitutionality of S1 50 of 2021 and sought an interdict at the Masvingo Magistrates Court to stop any evictions.

The Centre for Natural Resource Governance (CNRG) was granted a temporary relief by the Masvingo magistrates court a fortnight ago which protected the villagers.

S1 50 of 2021 attracted a widespread outcry, forcing the government to replace the legal instrument with SI 63A of 2021, which changed land use from Lucerne grass project to irrigation scheme.

Zela, through its lawyer Munya Vengesai of Mugiya and Movhami Law Chambers, challenged the constitutionality of the Communal Lands Act and SI 50 of 2021. The matter was initially heard on March 9 at Masvingo High Court.

The Local Government ministry and the Masvingo Provincial Affairs minister Ezra Chadzamira sought extension to March 12, to allow them to file opposing papers.

During the court hearing on March 12, the government lawyers asked for a further extension to put their papers in order and the case was postponed to March 18.

“We received opposing documents from the government at 1pm when we were going to court at 2pm (yesterday). The issues raised were purely concessionary, agreeing that they didn’t properly consult and will only evict villagers after compensation and alternative land.

“They also produced SI 72A of 2021 and raised it as a point in limine. We decided to put the matter on hold since SI 72A of 2021 states that hurried evictions have been put on hold,” Vengesai said.

“The area described hereunder in terms of the schedule shall be set aside with effect from the date of publication of this notice for the purpose of establishing an irrigation scheme. The Communal Land (Setting aside of Land) (Chiredzi) Notice, 2021, published in Statutory Instrument 50 of 2021, is repealed,” reads SI 72A of 2021.

The Chilonga area is approximately 12 940 hectares.

Vengesai said it was a victory for the Shangaan people of Chilonga who were facing evictions.

“Our prayer has been answered since we had said the eviction should not go ahead. The government repealed the most important part in our case; we realised it was water under the bridge,” he said.

“After consulting with my clients, we decided to remove the matter from the roll. For now, we do not know what the minister will do, but it is victory for the people of Chilonga since government was forced to make three amendments in less than five days – amending S1 50 of 2021 with SI 63A of 2021 then now SI 72A of 2021 which repealed SI50 of 2021.

“For now we can sit back as we have managed to get what we wanted. Government was pushed to repeal SI 50 of 2021. But if they do anything or issue another SI or law to evict the villagers, we are prepared to revive the case. This is why we didn’t withdraw the case or have it dismissed but just removed from the roll.

“We hope the government will live to its word that it will not displace anyone. We look forward to the ministry observing the new SI 72A of 2021. The moment we see any eviction, we will launch another court challenge,” Vengesai said.

The post Govt backtracks on Chilonga evictions appeared first on The Zimbabwe Independent.