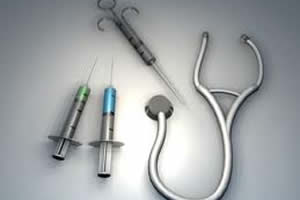 GOVERNMENT yesterday begged senior doctors to reconsider their threat to go on strike from today as COVID-19 wreaks havoc in the health sector, with 253 healthcare workers (HCWs) falling victim to the novel coronavirus.

Nurses have been on strike since June 17, and a strike by senior doctors would paralyse public hospitals.

“The procurement and distribution of PPE is a continuous process and not an event as the consumption rate is very high,” part of the letter by Mhlanga read.

Mhlanga revealed that as of yesterday, 253 HCWs, including student nurses, had tested positive to COVID-19, and that government, through National Pharmaceuticals, was in the process of procuring additional PPE as current stocks would last only a month.

Limited testing, he said, had resulted in an increase in patients
going unattended.

In terms of drugs availability, Mhlanga blamed forex shortages and COVID-19 for failure to procure life-saving drugs, adding that Zimbabwe had not demonstrated capacity to produce its own drugs and equipment.

“Testing continues to be a challenge. Health workers are struggling to provide services to clients without COVID-19 tests being carried out in the face of inadequate PPE,” Mhlanga said.
On payment of salaries in United States dollars, Mhlanga said government was not in a position to do so.

“Full US dollarisation of the economy is a tried, tested and failed concept … Doing the same thing over and over again expecting a different result is Albert Einstein’s definition of insanity,” he said.

“… it is hoped that the above responses answer the questions raised in your correspondence and we pray that you will reconsider your intention of withdrawing services with effect from after duty on July 29, 2020.”

Mhlanga’s letter to the senior doctors came as the Zimbabwe Association of Doctors for Human Rights, which has twice sued government this year over its failure to provide PPEs to health workers, expressed concerns over the rise in local infection cases.

ZADHR yesterday urged President Emmerson Mnangagwa, the ministry and the Health Services Board to urgently “attend to this lacuna (gap) and work towards strengthening the sector and the COVID-19 response.”

The Zimbabwe Society of Obstetricians and Gynaecologists yesterday said the situation in hospitals was “dire”.

It said women were suffering and urged government, medical practitioners, civil society and individuals to act and “save the voiceless mothers and babies”.

Meanwhile, government yesterday said it was now turning to unemployed graduates with no medical training to conduct COVID-19 tests to mitigate the strike by nurses.

Addressing the post-Cabinet briefing, Information minister Monica Mutsvangwa said ministers had agreed that unemployed graduates could stand in for the nurses who had downed tools.

“Cabinet notes with concern that the on-going strike in the health sector is negatively affecting the national COVID-19 response,” she said.

“More nurses will be urgently recruited from the available pool of qualified nurses, while processes to resolve the industrial action continue. In addition, to strengthen the COVID-19 response, government will recruit additional staff to run PCR [polymerase chain reaction] tests, including unemployed
graduates.

“Modalities are also being put in place to enable industrial and innovation hubs to produce Viral Transport Media (VTM), a critical ingredient in PCR tests currently in short supply.”
Mutsvangwa also said government would resort to testing all its workers reporting for duty and also impose new localised lockdowns, which could result in some towns being closed out from the rest of the country.