Government yesterday told the diplomatic community that it was investigating the alleged abduction of three MDC Alliance officials, indicating the State’s prime objective was to expose and prosecute the perpetrators or reveal the involvement of a third force. 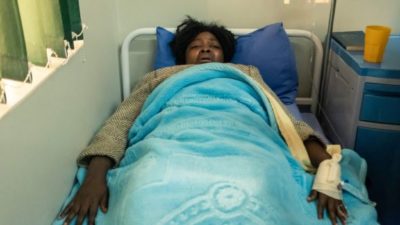 Moyo’s response came over two weeks after the abduction, with several Zanu PF officials alleging it was stage-managed.

“Government will, however, await the outcome of the investigation before drawing any conclusions.

Investigations will be conducted with the prime objective of exposing and prosecuting the perpetrators, if any, or exposing the involvement of a possible third force,” he said.

“The government would like to assure the public and the international community that it is taking these allegations seriously. These allegations are particularly grave in that they involve alleged violations of the rights of the girl child.”

He further said some media organisations and the diplomatic community had concluded that the government was responsible for the alleged abuses.

Moyo, however, said government would not ignore glaring similarities which exist between recent alleged abductions, which he claimed had hallmarks of a stage-managed theatre designed to soil the State’s image and divert attention from squabbles in the main opposition MDC Alliance.

The Foreign Affairs minister further said that government was committed to upholding human rights as seen by the recent arrest of six police officers in Bulawayo accused of assaulting Cowdray Park sisters Nokuthula and Ntombizodwa Mpofu.

The three MDC Alliance activists claimed that they were arrested at a roadblock before being abducted at Harare Central Police Station by State security agents, who went on to dump them in Bindura after subjecting them to torture and sexual abuse.

Reports reveal that at least 50 human rights activists and opposition politicians have been abducted and tortured since President Emmerson Mnangagwa won a controversial election in July 2018, but to date, no one has been arrested for the offences.