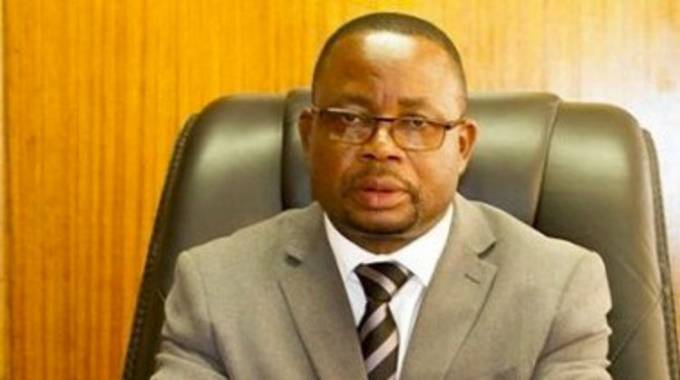 GOVERNMENT has threatened to revoke salaries for civil servants who are not reporting for work in protest over poor salaries as the impasse between the State and its employees continues to escalate.

Public Service minister Paul Mavima told NewsDay that government would not hesitate to implement a “no-work-no-salary” principle, but at the moment it was still committed to negotiations with civil servants for an amicable solution.

Government last week dangled a 70% pay rise offer, which was rejected by civil servants who argued that government was negotiating in bad faith.

Civil servants want to be paid between US$520 and US$550, which they received in 2018 before the government reintroduced the local currency.

But yesterday Mavima told NewsDay that the parties were supposed to hold a final meeting before a deadlock can be declared.

The National Joint Negotiating Council (NJNC) meeting last week was described by civil servants as a “damp squib” for failing to resolve the contentious salaries issue.

“We can’t have that (no work) prior to a declaration of a disagreement and even if there was a declaration of a disagreement, there will be an arbitration process and that arbitration process will be given an opportunity to go forward prior to the engagement in industrial action. So there is no basis whatsoever that while we are negotiating, civil servants will not go to work,” Mavima said.

“This is where the government is saying if that happens then we will implement the no-work-no- pay principle because we still have an opportunity to continue with the discussions until we reach an agreement.

“Like I said, any variation in the government offer which comes from the negotiations will be then effective at an appropriate time and if backdated, with the necessary backdating,” he said.

Mavima said at the moment, there was one last opportunity to meet with the restive civil servants and the engagements were being taken seriously by the government.

“We go back to consultations within the government to see if there is any variation which can be done on the offer and then we convene another NJNC meeting based on that,” he said.

“In actual fact, the initial offer was 25% then they rejected it and we went back to Treasury, then Treasury said what is available is 70% — not 75% by the way, in between 25% now and 45% in June to make it 70%. Initially, that communication had not been clear. It was on the basis of the 25% and that is when the initial rejection was made.

“The government team went back to NJNC with a clarified offer of 25% and 45% split between April and June and that is the latest. There was no announcement in the Press whatsoever. Do they mean to say if they had been told in the meeting and not in the Press, they would have accepted that?

“Where we are now is a situation where they have said they don’t like the 70%. That is what came back from the NJNC and that is what we are dealing with now as government.”

Mavima added: “From the government side, we will leave no stone unturned in order to make sure that we have reached an agreement and the 25% has already become effective. If there is any variation, then that variation will be effected. It shows you the commitment that we have that even though we are yet to reach an agreement, the percentage will be effected as we continue with the discussions.”

Zimbabwe Confederation of Public Sector Trade Unions (ZCPSTU) secretary-general David Dzatsunga said the government was yet to show commitment to an agreed position for a roadmap that led to the pre-October 2018 salaries.

ZCPSTU is the body that represents civil service unions in the NJNC.

Dzatsunga said most civil servants were getting at least US$520 a month before October 2018 and they preferred that figure.

“You don’t negotiate like that. You don’t publish an offer then come to us with the same offer and refuse to move from there. It means you are putting us in a position to come here and rubber stamp your decision.”