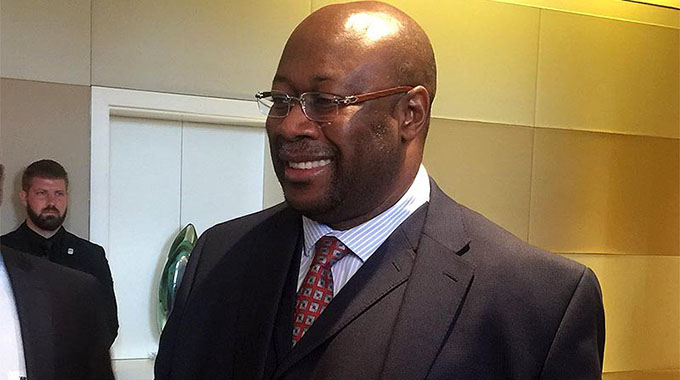 Work on the multi-billion-dollar carbon steel project in Chivhu — the Manize Project by Tsingshan (Afrochine’s parent company) is expected to start in earnest following the launch of an inter-ministerial committee to oversee the smooth flow of the mega project.

The project lies along the Manize Mountain Range and at full production, is expected to be a billion-dollar revenue mega firm that will boost export earnings as well as contribute towards the US$12 billion revenue sector.

The committee comprise of officials from Ministries of Transport, Energy, Local Government, Lands Agriculture and Rural Resettlement and will be chaired by Mines and Mining Development Ministry.

“This is a huge project which cuts across Ministries and value chains. For a project of this magnitude, we agreed there is need for an inter-ministerial committee to ensure the necessary enablers are in place for this project,” said Mines and Mining Development Minister Winston Chitando at the launch of the committee at Afrochine in Selous yesterday.

Situated in Chivhu, Manize Project entails the first ever 1,2 million tonne carbon steel plant and an iron ore mine.

Construction of the project is expected to commence in the second half of 2021 and to be completed in two years.

President Mnangangwa is expected to officiate at the ground breaking ceremony end of July and construction work is expected to complete by 2023, ready for its contribution to the US$12 billion revenue sector.

It is expected to be the biggest of its nature in the country and probably in the region.

The Office of the Minister of State for Mashonaland East Province will also be involved in the project, which is expected to employ an estimated 1000 people during its peak.

“At least 500 of the employees will be expatriates.

“ In terms of time lines for this project, we have tight deadlines, ground breaking ceremony will by end of July when the chairman of Tsingshan visits the country, so we have to move fast and ensure everything is in place.

“This project cuts across sectors which is why this inter-ministerial committee has been formed to ensure smooth flow of work.

“For instance transport is directly involved with the construction of a 50km railway line to link the site with Mvuma,” said Minister Chitando.

Details from the Mines Minister shows various projects will be implemented at the Manize Project, which will entail a carbon steel plant which will be  on a 1,5 km stretch and iron ore mine.

The plant will have an annual production of 500 000 tonnes.

The mega project also supports the value addition and beneficiation initiatives, which will boost earnings as opposed to exporting raw ferochrome. This will also boost employment creation in the country.