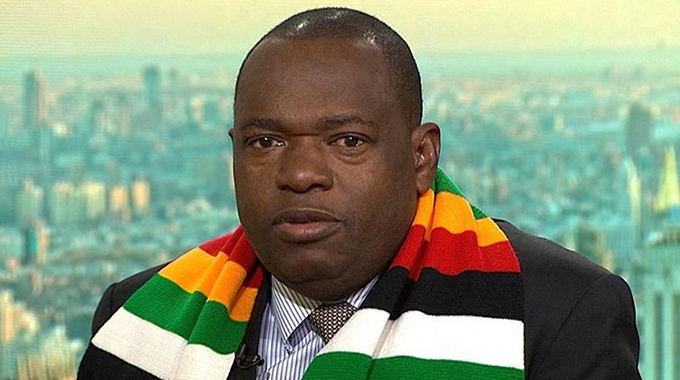 Government has not banned marches or demonstrations that are conducted in a peaceful manner and within the confines of the law, a Cabinet minister has said.

Foreign Affairs and International Trade Minister Sibusiso Moyo said people or organisations who made allegations of human rights abuse were entitled to those views but such opinions were not consistent with what was obtaining on the ground.

Minister Moyo said this in the Senate on Thursday during a question and answer session.

He was responding to a question from Manicaland Senator Douglas Mwonzora (MDC-Alliance), who wanted to know what the Government was doing to address concerns, particularly from the British Parliament, over the human rights situation in the country, which has been cited as an obstacle in rejoining the Commonwealth.

“All we can say is that there has been a human rights rapporteur who has been here and other personalities who have come to the country and expressed their own different opinions as far as the situation is concerned. What they say is their perception in as far as human rights abuses are concerned.

There have been claims from the MDC-Alliance and civic organisations that the Government was closing the “democratic space” by banning marches and demonstrations.

The MDC-A has been making claims that its demonstrations have been banned, but the police have denied the allegations saying whenever that happened, they were acting within the confines of the law.

They had gathered outside Harvest House after the party cancelled a rally approved by police in the open area near the Exhibition Park and opted for the party headquarters instead.

Police ordered the party’s supporters to vacate the streets but they  continued waving placards, singing and chanting in anticipation of party leader Nelson Chamisa’s arrival.

Some shops in the surrounding area were temporarily closed and only reopened after police intervention.