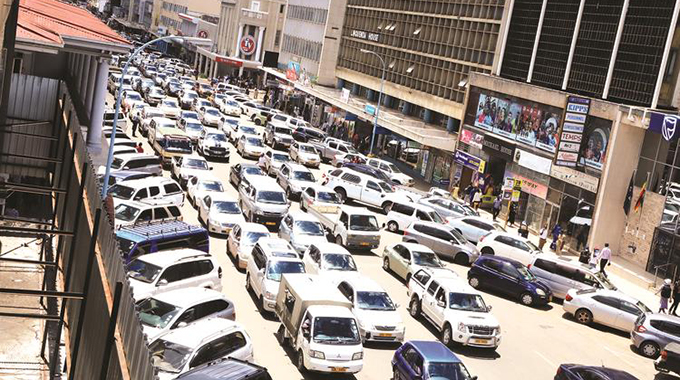 Strict control of people’s movements will be enforced as Zimbabwe returns to Level Four lockdown from today, with the Government seeing the 30-day tightening of the lockdown as the best way to rein in the spike in infections threatening to overwhelm health services.

Permanent Secretary for Information, Publicity and Broadcasting Services Mr Nick Mangwana said yesterday  that while there had been progressive easing of the lockdown since the introduction of tough Level Five on March 31 last year, it was necessary to return to more intense measures to contain the spike in infections.

As rates of Covid-19 infection started falling fast, the Government was able to scale down lockdown conditions.

“This was being done in a very measured and deliberate way leading to the reopening of our land borders by 1 December 2020. This reopening only lasted exactly a month and it was felt our numbers were spiralling out of control.

“Globally, there was also a new strain in the UK and South Africa as well as new waves of infections in many countries. Our own infection and death rates were rising exponentially and Government took a very proactive decision to contain this before it overwhelmed our health services which are still in recovery mode. The only way to contain these soaring numbers was to take our regime back to Level 4 lockdown,” he said.

Under Level Four, all essential services and much of the productive sector in agriculture, mining and manufacturing can continue operating, with staff allowed to go to and from work, but not to have freedom to travel on personal business.

The return to Level Four was legally gazetted in a brief amendment to lockdown regulations on Saturday by Health and Child Care Minister Vice President Chiwenga.

By law, all public health matters are handled by the Health Minister.

Mr Mangwana dealt with the operational problem of identifying those in essential services and the permitted productive sectors.

In the last use of a Level Four lockdown, fake documents were common and police at checkpoints had great difficulty determining who was genuinely in one of the groups permitted to travel to and from work.

Basically two documents were now required, a letter from the relevant ministry certifying that the company or employer is permitted to operate during a Level Four lockdown and a specific letter from the employer giving details of work-related travel.

“People that are going be working, providing essential services certainly need to be identified as such. Even members of the National Taskforce will be carrying IDs identifying them as such otherwise everyone who is not supposed to be up and about can claim to be providing an essential service,” said Mr Mangwana.

“One needs a letter from the line ministry identifying their industry or company as a provider of essential services, then a letter from work providing information of where they are going and for what purpose.”

Following the review and announcement of new measures on the national lockdown by Acting President Kembo Mohadi and Minister of Health and Child Care Vice President Chiwenga, new guidelines have been issued.

Companies had to abide by the lock down regulations in the relevant statutory instruments.

Companies in the manufacturing, distribution, wholesale, retail, commerce, tourism and hospitality industry were advised to make use of the lockdown exemption letters previously issued by Ministries of Industry and Commerce and of Environment, Tourism and Hospitality Industry for the next seven working days during which the companies were supposed to renew the letters, said Mr Mangwana

Companies were supposed to give their employees individual letters accompanied by the exemption letter from the relevant Ministry. The letter should state the following the the name of the employee name and national identification number; the points of commute so that workers only travelled for work, company line of business and working hours and shifts where necessary.

Vice chairman of the Ad Hoc Inter-Ministerial Taskforce on Covid-19 Professor Amon Murwira yesterday warned the public against unnecessary movement saying the Government would be stricter in enforcing and monitoring adherence to regulations.

The influx of returning residents beginning last month, especially from South Africa, threatened to negate Zimbabwe’s successes in containing the pandemic resulting in the return to tougher measures announced on Saturday.

Since November 1 cases have almost doubled from 8 374 to 15 829 as of yesterday with 29 deaths being recorded in the past week bringing the total number of fatalities to 384.

Professor Murwira said the security services had been directed to monitor adherence to measures announced by the Government.

“Lockdowns are our best way forward in combating this virus. If we restrict movement, we believe in 30 days those who are infected would have been identified, assisted to recuperate and will not be spreading the virus when they are staying at home.”

“Zimbabwe has been largely successful in terms of compliance. We are doing a team Zimbabwe and as long as we have stopped the virus from circulating we would have succeeded in containing this virus,” he said.

“Those who are supposed to be in town and to go to work are the only one who will be allowed movement. This time we are going to be stricter. The security services said they are ready to enforce adherence.

“Again we want to be very clear that these measures are not being put in place to punish people but to protect citizens from the global pandemic,” said Minister Murwira.

In a statement yesterday, national police spokesperson Assistant Commissioner Paul Nyathi reiterated that only those in the permitted groups would gain access past the checkpoints and roadblocks and urged the public to cooperate with security services.

“The public is therefore implored to take head of Government’s Covid-19 national lockdown level four measures and restrictions and stay at home except movement to access food and medicines.”

At the same time police would be enforcing the measures that have been in place since the beginning of the lockdown, at all its levels, including earing of masks and social distancing.

“Police will effect arrests on anyone who will be found in public places such as supermarkets, banks, pick-up points and others not wearing, or improperly putting on, masks and not practising social distancing,” said Ass Comm Nyathi in statement.

He said members of the media were classified as essential services and were compelled to use their press cards for identification. If they encountered problems  they could contact the Information Ministry, Police General Headquarters and the officers commanding provinces.

Ass Comm Nyathi also clarified the issue of other permitted services and businesses saying police would accept letters from the Ministry of Industry and Commerce.

“Members of the public, entities in the essential services sector such as food distribution and retailers, mining, communication and telecommunication, agricultural production, security companies and companies as pronounced by the Government and the media are advised that after consultations with the Covid-19 Ministerial Taskforce, movement and exemption letters will only be issued by the Ministry of Industry and Commerce.”

Concerns have been raised about law enforcement agents who do not perform their duties diligently, but the Commissioner-General of Police Godwin Matanga has said dereliction of duty by members will not be tolerated.

“Lockdowns are essential. They are very critical in slowing down the spread of infection and this is very important to prevent the healthcare facilities from being overwhelmed.

“It gives Government time to strategise on combating the virus. The virus is here for some time.

“What is important is to keep it slowing down and not allow it to spiral out of control,” said Prof Ngwenya.

Prof Ngwenya said health authorities had been imploring the Government to tighten restrictions following a spike in infections.