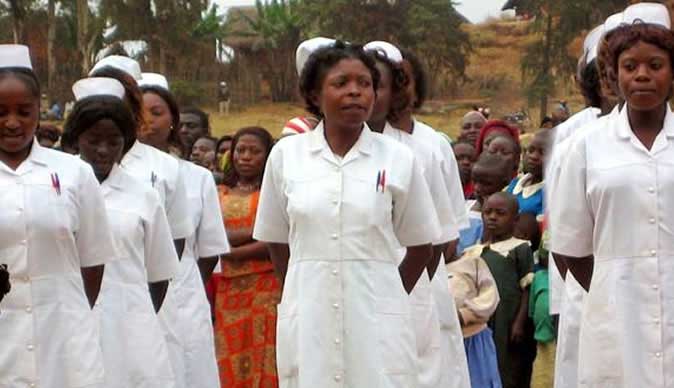 HARARE – Government has with immediate effect fired all striking nurses who did not heed its order to return to work, arguing the action was politically motivated and had nothing to do with conditions of service.

In a statement last night, Vice President Constantino Chiwenga said: “What makes the whole action both deplorable and reprehensible is the fact that, as agreed yesterday, government today released and transferred a sum of $17 114 446 into the account of the ministry of Health and Child Care for on-payment to the striking nurses.

“Accordingly, government has decided, in the interest of patients and of saving lives, to discharge all the striking nurses with immediate effect. Further, government has now instructed the Health Services Board to speedily engage, as appropriate, all unemployed but trained nurses in the country. It has also authorised the board to recall retired nursing staff into the service.”

The statement further said that funds which had been meant to meet the demands of the striking nurses would now be used to meet the costs of the new directive.

Public health nurses had until yesterday ignored threats from under-fire Health minister David Parirenyatwa who had ordered them to report back to work or risk either dismissal or cessation of their salaries.

In a statement, Parirenyatwa had acknowledged the nurses’ grievances as genuine and valid but said in light of concessions by government made against “well-known economic challenges facing the nation”, the reasons for calling for the industrial action were no longer justified.

Parirenyatwa’s directive only served to raise tempers, with nurses calling for dialogue instead of threats and intimidation.

The Zimbabwe Nurses Association (Zina) told the Daily News yesterday that they were not making outrageous demands.

“Among some of our issues are the insufficiency of medical, surgical, human resources and equipment at health facilities. We are also demanding a rationalisation in the discrepancies in allocation of allowances, rectification in the implementation of outstanding issues to do with advancement, re-grading, promotion procedures for nurses and failure by government to progressively engage with us following a position paper presented to it on April 4, this year,” said Zina president Simangaliso Mafa.

“As of now, we are still engaging government. But as I speak there is nothing that has been committed on paper. We met with the government on Sunday and we are meeting again today to see if we can come to a mutual agreement,” added Mafa.

Several public health institutions were yesterday forced to deploy students to stand in for the striking nurses who are pushing government to improve their conditions of service.

At Chitungwiza Central Hospital, operations were brought to a standstill by the nurses’ strike with the hospital closing its Out Patients Department.

The Daily News crew witnessed desperate patients being turned away at the gate.

A number of midwives and nurses at Mpilo Central Hospital also joined the nationwide nurse’s strike to push government to improve their working conditions.

It had appeared the nurses had been appeased by the March 30, 2018 collective bargaining agreement negotiated through the Health Service Bipartite negotiation panel.

The agreed health sector specific allowances were effective from April 1 and commendably brought an end to a nationwide strike by health practitioners which lasted for a month and crippled public health institutions.

In that agreement, allowances for standby nurses stationed at rural health centres were adjusted from the then claimable rate of $72 for a set of seven days to an unclaimable rate of $240 per set per month, with the maximum standby/call-out being limited to a maximum of 14 days.

Payment would be made up of a maximum of two qualifications with one post-qualification guaranteeing a post-basic allowance of $70.

There was also an introduction of an allowance to nurse managers on a unclaimable rate of $350-$450 per month.

This strike comes after another month-long industrial action by doctors, who had vowed not to report for duty, asking government to meet their demands.

They only went back to work, after government gave in to their demands.

Teachers have also put government on notice that they will go on a nationwide strike starting next term if their demands are also not met.