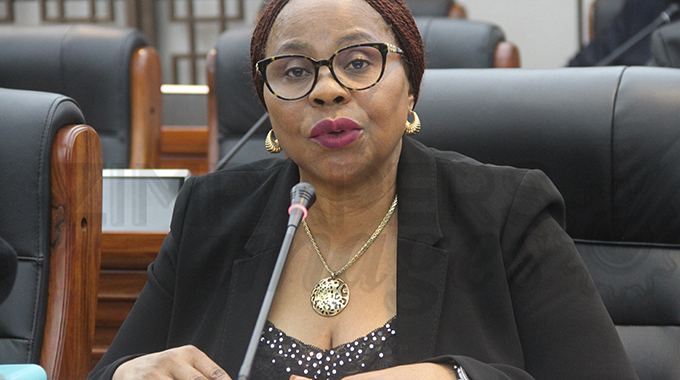 Herald Reporter
THE Government has put in place an active response to food and nutrition insecurity in rural areas where it will support 5,4 million vulnerable people.

“Despite the natural disasters experienced by the country such as droughts, Cyclone Idai and Covid-19, Government has put in place an active response to the prevailing food and nutrition insecurity among rural livelihoods, with its support increasing to 76 percent in 2020, up from 73 percent in 2019.”

“This is mainly through supporting the vulnerable groups by distributing food aid and cash transfers, removing restrictions on food importation such as the removal of import duty on maize and wheat, cooking oil, among other basic commodities,” said Minister Mutsvangwa.

She said Government had put in place food subsidies through continued implementation of social protection measures.

“Government has also remained the major source of crop inputs and food support, contributing 48 percent in that regard. Development partners’ support has also increased from the traditional 13 percent to 33 percent.

“The combination of efforts by Government and development partners has seen the majority of districts receiving food aid to support the population ZIMVAC has projected to be food insecure,” she said.

Government had directed rural industrialisation hinged on devolution taking into account value addition of the indigenous foods and ordered an investment in infrastructure particularly on internet connectivity in rural schools to level opportunities.

Dr Nzenza said according to ZIMVAC, the number of vulnerable people was about 5,4 million.

She explained how researchers came up with the number and also revealed the key recommendations.

“When we look at hunger, we look at nutritional status, issues of water and sanitation, access to basic needs which also include shelter and health.

“What came out of the ZIMVAC report is that you can have someone with five cattle and still be hungry. So one of the key recommendations from that report is that if you have more than five cattle, you are better off selling some of those cattle so that you are food secure.”

Dr Nzenza said apart from the various mitigation measures that had been put in place to promote social protection, Government was also championing conservation agriculture.

“We have the agriculture recovery programme — the Pfumvudza — so the combination of Pfumvudza and the social protection safety net is guided by the outcome of the ZIMVAC report.

“It will help us implement and follow the policy guidelines that will ensure that our people will not continue to be food insecure,” said Dr Nzenza.