Govt gets tough on businesses 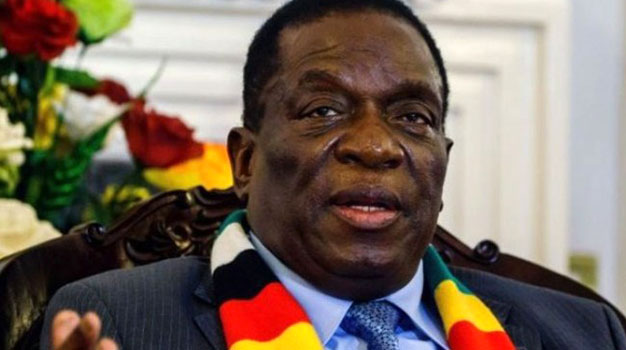 Tendai Mugabe in KADOMA
Government is crafting a law that compels business people who receive foreign currency allocation from Treasury to charge their products in local currency, President Mnangagwa has said. Further, Government will revoke licences of such business people with immediate effect if they failed to comply.

Addressing traditional chiefs during the official opening of the 2018 Annual Chiefs Conference in Kadoma yesterday, President Mnangagwa said it was important for Government to engage the business more often.

“Currently, we have the problem of price hikes. One day we woke up to find the price of a bag (10kg) of maize seed hiked to $110. Just overnight? What had happened? We called the leaders of those companies to State House to explain what had happened and they said Cde President we have reduced the price from $110 to $45,” said President Mnangagwa.

“But we asked how they have reached such prices and there was no answer. So it requires us to interact with our business people more often so that they understand that they cannot get rich through profiteering and punishing our people. We agreed on several things and others have reduced prices of their products. Soon after that, we heard that medical drugs were now being charged in foreign currency. What had happened?” he asked

“We asked the owners of the pharmacies and chemists if they were paying their employees in US dollars and we discovered that none of them was paying salaries in foreign currency. So why do you want people to buy the drugs using US dollars?

He added: “On the other hand, they come to queue for foreign currency at the Reserve Bank to buy these drugs from other countries and yet they want to charge people in foreign currency. We said whoever does that, we revoke their licence and they reverted to the local currency.

“We are now crafting a law that ensures that all products purchased from outside the country using foreign currency from Treasury should not be charged in foreign currency.”

Turning to the land reform, President Mnangagwa said Government was currently carrying out a land audit to check on productivity and those who had multiple farms. He said preliminary results showed that some bigwigs had multiple farms and Government would repossess them and give others who wanted to venture into farming.

President Mnangagwa said Government would also downsize farms that were being under-utilised.

Said President Mnangagwa: “The programme (land audit) is intended among other things, to identify underutilised land and multiple farm owners. I am optimistic that more land will become available after the completion of the exercise.”

President Mnangagwa also tackled the issue of veld fires and deforestation. He said Mashonaland West was topping on veld fires and the problem was more rampant in resettled areas.

The President hailed the traditional leaders for containing the problem of veld fires in their areas of jurisdiction.

Commenting on Vision 2030, President Mnangagwa: “In our modernisation and industrialisation agenda to attain Vision 2030, we urge you to play your part in harnessing the linkages of people from your communities to promote trade and investment into your villages.

“Your communities must be the epicentres for rural industry systems which result in the improved quality for our rural folk. You must ensure that your provinces contribute to national development through exploration and exploitation of natural resource endowments in those communities.”