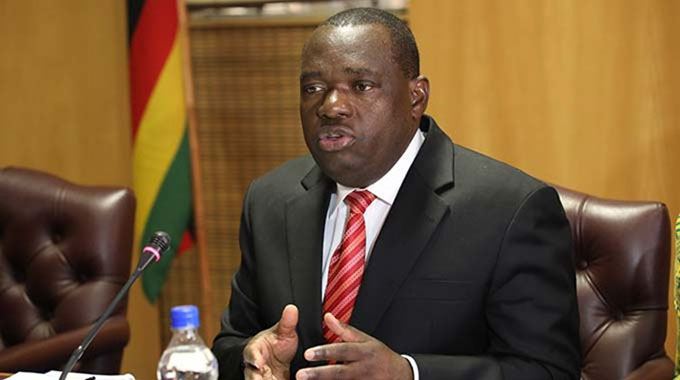 Herald Reporter
THE New Dispensation has implemented a raft of political reforms in fulfilment of the 2013 Constitution and also to give credence to re-engagement efforts, the Ministry of Foreign Affairs and International Trade has said.

This was said as SADC, Zimbabweans commemorated Anti sanction day yesterday, the date set aside in the wake of Zimbabwe and the region are gearing up for amplifying its quest for the removal of sanctions imposed on the country by western countries and the United States of America.

Minister of Foreign Affairs and international Trade, Dr Sibusiso Moyo has been leading the country’s charm offensive, reaching out to countries who were perceived to be hostile to Zimbabwe.

The western countries have been holding on to the embargos, but yesterday the Ministry of Foreign Affairs and International Trade outlined the reforms that have been implemented and others they are effecting.

“Zimbabwe has heard the concerns of the international community and has acted in response. These are the political reforms we have enacted since 2018.

“Working to repeal AIPPA (Access to Information and Protection of Privacy Act) and POSA (Public Order and Security Act) in line with our constitution. We are now committed to ensuring that Zimbabwe modernises and reforms how it can support a diverse media landscape.”

“Re-engaging with foreign governments and organisations for the first time in almost two decades. This has seen a considerable thaw in relations between Zimbabwe and the international community – leading to an EPA Agreement (Economic Partnership Agreement) signed with the United Kingdom.”

Minister Moyo and US Assistant Secretary, Bureau of African Affairs, Ambassador Tibor Nagy recently held fruitful talks which might go a long way in normalising relations between the countries.

In that conversation Minister Moyo told Ambassador Nagy that President Mnangagwa is keen to close the long chapter of suspicion between Zimbabwe and the US so that the two countries can be on the same barometer.

Zimbabwe’s charm offensive led by Minister Moyo is beginning to be noticed on the ground evidenced by the partnership with a US firm like John Deere in the agriculture mechanisation pact.

The Ministry of Foreign Affairs and International Trade said they have also created a conducive environment for the media to be able to do their work and a lot of energy has also been put in the country’s quest to fight corruption.

“Enacting the Freedom of Information Bill, to allow media outlets to sufficiently hold the government of Zimbabwe to account. This in turn gives effect to sections 61 and 62 of the Zimbabwean constitution which guarantees press freedom.”

“Establishing the independent Anti-Corruption Commission to investigate and prosecute corrupt actors within Zimbabwe. We are currently working to give increased powers to the ZACC to go after any and all perpetrators of corruption.”

The Ministry said the journey is not yet over but appealed for the removal of sanctions which have curtailed development in Zimbabwe.

“The journey to political reform is not yet over – but we are on the right path. With removed sanctions, there is so much more we can do to support the political freedom of all Zimbabweans.”