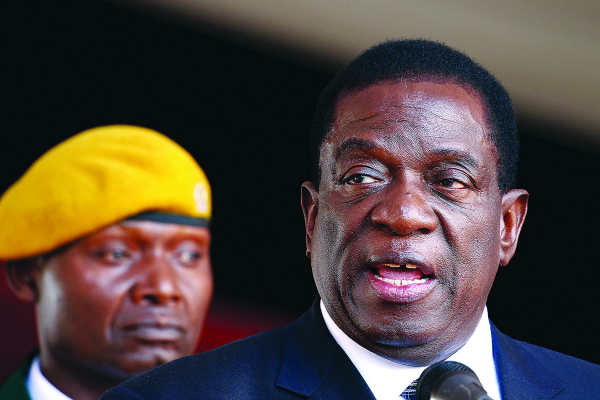 Plans by the government to trim the bloated civil service are in full swing amid reports of hundreds of workers being laid off without notice, NewsDay has learnt.

Most government departments have been “ordered” to compile lists of staffers who were holding positions for which they were least qualified.

In an April 3 letter to provincial education officers, Primary and Secondary Education secretary Sylvia Utete-Masango made reference to a Public Service Commission “minute” regarding the retrenchments to request for more names.

“Reference is made to the Public Service Commission’s minute references C/C/8 dated March 19, 2018 wherein the commission approved the retirement of the initial batch of 139 members without requisite qualifications in terms of section 18(4)(e)(ii) of the Public Service Regulations, 2000.

“The minister has noted that some members without the requisite qualifications such as clerks, bursars, stenographers/typists, executive officers and other posts that are not of its current detailed establishment tables (DET), at head office, provincial, district and schools levels have been left out in the initial batch,” Utete-Masango said. “Hence all provinces are requested to compile and submit additional lists of all staff members without requisite qualifications in the cited grades at provincial, district and schools to the principal director(s) finance, administration, human resources and discipline at head office by April 13, 2018.”

President Emmerson Mnangagwa is keen on rationalising government expenditure and has seemingly abandoned his predecessor former President Robert Mugabe’s approach to governance by pushing through a retrenchment exercise that almost got Finance minister Patrick Chinamasa fired after he suggested it two years ago.

Chinamasa had also said government should suspend annual bonuses to civil servants as part of a strategy to reduce expenditure in line with the requirements by multi-lateral institutions under what has become known as the Lima Plan meant to re-integrate Zimbabwe into the international finance system after years in the doldrums.
NewsDay has also learnt that dozens were fired from the Foreign Affairs ministry last week.

“It’s disheartening that after serving government for years someone just wakes up and decides to send you home with no idea as to when you will get your severance package or the quantum thereof,” an affected staffer said. “The most disconcerting thing is that the ministry employed new people in January whose contracts were cryptically back-dated to December last year.”

Progressive Teachers’ Union of Zimbabwe secretary-general Raymond Majongwe said he had been informed of Utete-Masango’s letter, but was yet to see it.
“We have heard about the letter, there is so much panic and confusion. Government could handle this issue in better ways. The people being laid off have experience and skills that are required by government. We need to look at their deficiencies and undertake a staff development exercise that just cut them loose like that,” he said.

Apex Council chairperson Cecilia Alexander said: “We actually raised these issues with minister [Simbarashe] Mumbengegwi last week. Government is not consulting unions and flouting procedures, this must be rectified. Collective bargaining is the way to go and the groundwork should begin soon.”

Mumbengegwi and Foreign Affairs minister Sibusiso Moyo were not available for comment.

Foreign Affairs secretary Joey Bimha said: “I was not in office. I will check and get back to you.”