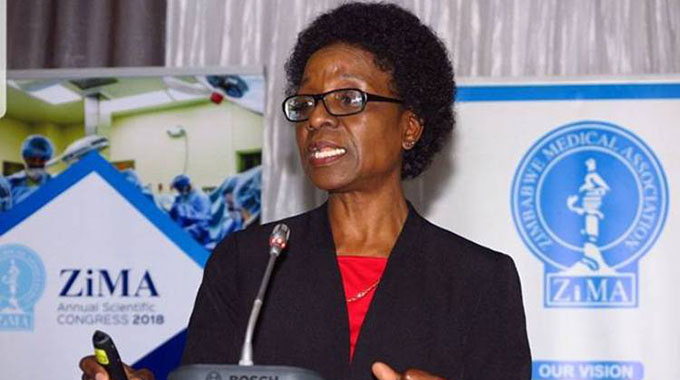 The record jump in confirmed Covid-19 cases was more because of a spike in testing after more kits were procured, rather than an increase in infection rates, Covid-19 chief co-ordinator in the Office of the President and Cabinet Dr Agnes Mahomva has said.

There were 62 confirmed Covid-19 cases recorded on Thursday, of which 20 were local infections. On Friday, 16 cases were confirmed with 11 being local cases.

All the seven confirmed cases recorded on Saturday were returnees.

In an interview on Friday, Dr Mahomva said of late Government ramped up its testing, particularly in high-risk groups in quarantine facilities, patients in hospital admissions and health workers.

While Government was still investigating the source of the 20 local transmissions in the 62 recorded on Thursday, with the rest being among returnees in quarantine centres, most of the local infections came from one of these high-risk groups.

“We have since started contact tracing of the local transmissions as we always do with any confirmed case and we are hoping to get finer details once that process is complete,” said Dr Mahomva.

She said the huge numbers reported on Thursday should not be a surprise because they were synonymous with Government interventions on the ground such as clearing of returnees in quarantine facilities.

Of late, Government embarked on a process to test, release or isolate all returnees who had overstayed in compulsory quarantine owing to shortage of test kits. According to the policy, returnees are supposed to be tested on day one upon entry into the country and then be isolated if confirmed infected or quarantined if found to be negative on arrival. Because of the incubation period, as long as 21 days from contact with an infected person to the infection becoming clear, quarantine is needed.

Those in compulsory quarantine are supposed to get tested again on day eight and should they be negative, they are released but should complete the required 21 days from their homes.

Should they be positive, they are immediately isolated. However, of late, most returnees were spending more than the scheduled period in compulsory quarantine owing to shortage of test kits.

Following receipt of additional test kits, the Government embarked on massive testing for all populations at high risk such as returnees, health workers and those in hospital admissions.

“This process is bound to increase the number of people being tested and the more the people are tested, the more the cases we are also bound to confirm,” said Dr Mahomva.

She said while Government was worried by the increase in the number of cases, it had always been expected that the numbers to go up at some point, with the question being when.

Dr Mahomva stressed that everyone should continue practicing the basic hygiene measures such as frequent hand washing, wearing of face masks and maintaining social distance to reduce chances of getting and spreading Covid-19.

As of a week ago, a total of 26 451 antigen based, or PCR, tests have been done in the country from which 486 tested positive. A further, 35 946 other tests were conducted through rapid diagnostic testing.

Missing: Witness to an Abduction (Part One)