THE government on Sunday rushed to donate groceries worth at least $20 000 to a COVID-19-hit Ruwa family members after the media exposed their neglect by the State. 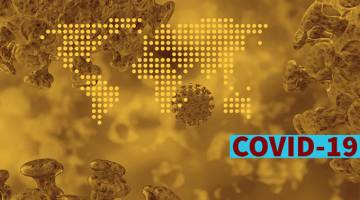 Saul Sakudya, who tested positive on March 24 after travelling to Dubai on business said his 40-year-old wife and two sons aged 24 and 21 were subsequently confirmed to have contracted the COVID-19 virus too.

The Standard, NewsDay’s sister paper, in collaboration with Information Development Trust, which is helping journalists expose bad governance in the public sector, at the weekend exposed how the government had neglected the Sakudya family, leaving churches and members of the local community with the responsibility of feeding them.

Sakudya revealed that no officials from the Health as well as Labour and Social Welfare ministries had bothered to check on him or offer humanitarian support to his family since self-isolation started close to two weeks ago at their Zimre Park home. He also revealed that First Lady Auxillia Mnangagwa also called him yesterday to check on how the family had been doing after the COVID-19 attack.

Labour ministry permanent secretary Simon Masanga told The Standard at the weekend that his department had not received Sakudya’s record and added that they were ready to assist as soon as such information was presented to them.

Sakudya yesterday revealed that after The Standard story, the Department of Social Welfare quickly dispatched a team with the groceries to cushion his family during the 21-day lockdown period.

“On Sunday, Mr Masanga called me about five times inquiring about the form of help I needed. Labour and Social Welfare minister Paul Mavima, also called me and assured me of help,” Sakudya said.

“Government gave me groceries. I think they are valued between $20 000 and $30 000. I am very grateful with what the government has done. The minister gave me his direct number and told me to call him if there is anything I wanted,” Sakudya told NewsDay.

Masanga said his ministry always had a standby team to assist vulnerable people under its social protection system. He regretted that his office had not been given information relating to the Sakudya family plight.

“We thank The Standard for bringing this to our attention. We have gladly assisted. Be free to inform us if you encounter other cases that need our attention,” Masanga said.
Sakudya said he was happy that the government had finally intervened to assist his family.

He has received numerous calls from across the world as well-wishers pledged material support and offered prayers to him at a time essential commodities were fast running out at home.
“I would like to thank President Mnangagwa’s government for reacting quickly after the story was published. Mai Mnangagwa called me and I also want to thank her for spending time to check on me. The minister has given me his assurance for continued support until my family is out of isolation,” Sakudya said.

“Doctors have been supportive too, especially Dr Prosper Chonzi, Dr Duri who attended to me at Wilkins Hospital and Dr Mudariki, who has been coming home to administer drugs on us.

“Dr Chonzi has given us the greenlight to call him any time if we have challenges. These doctors, I cannot thank them enough.”
There are five other family members who tested negative and have been confined to the main house, while Sakudya, his wife and two sons are living in a separate cottage.

Officially, Zimbabwe has nine confirmed coronavirus cases, with one of them having ended as a fatality.