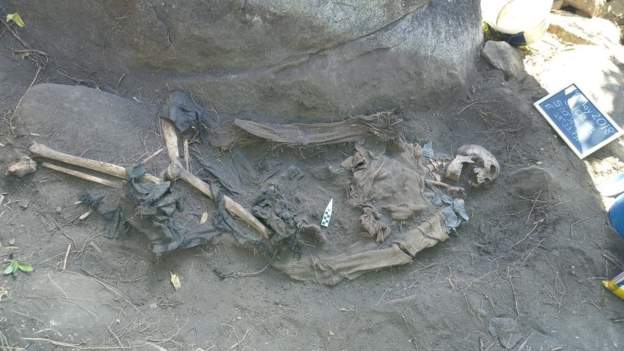 GOVERNMENT has been accused of flip-flopping on exhumations of Gukurahundi victims after Home Affairs deputy minister Mike Madiro said the exercise will be put on hold until a relevant policy has been crafted and adopted.

Madiro, however, told parliamentarians that no exhumations will take place until there is a policy, which is yet to be crafted, to guide the process.

“So until such a time that the Commission (National Peace and Reconciliation Commission) finishes its brief, then no one should be able to exhume and rebury — unless it is done according to the law. Otherwise, at the moment, it cannot be done on private basis. It has to wait for the commission to do its work and upon reporting, then reburials can be done,” Madiro told parliamentarians on Wednesday last week.

Opposition parties, however, accused government of not being keen to address the emotive issue by dilly-dallying with exhumations “in an effort to hide the truth”.

“Typical of the perpetrator Zimbabwean government, ever-changing goalposts so as to buy as much time as possible in order to evade justice. They will always drag feet on the matter because they know the truth coming out implicates the ones who are in power today. This is a well-choreographed plan to make sure Gukurahundi can never be resolved while the perpetrators are still alive,” Zapu spokesperson Iphithule Maphosa told Southern Eye.

Former National Healing minister Moses Mzila-Ndlovu, who has been vocal on the Gukurahundi issue, weighed in saying “whether they have a policy or not on the issue they can’t play both roles of killer and mourner”.

“There is no doubt that the key motive around the reburial criminal initiative is to hide the truth about the genocide with the collaboration of our own people either as relatives or local civic organisations who are hurrying to do Zanu PF’s dirty work,” Mzila Ndlovu said.

Mqondisi Moyo, president of the Mthwakazi Republic Party said: “The government is dilly-dallying about Gukurahundi and they keep on diverting the people’s attention over such a sensitive matter. What policy are they talking about?”