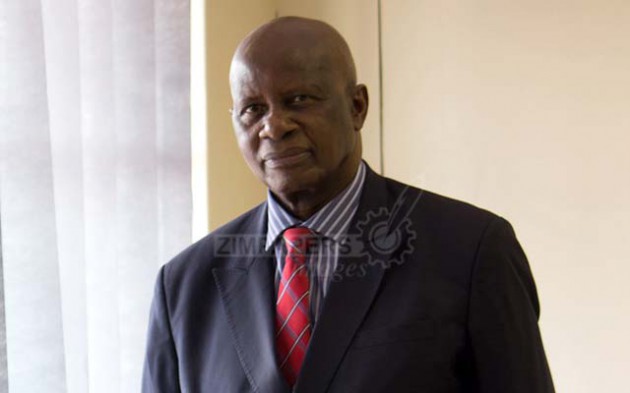 Business Reporter
Government has mobilised $266 million to fund the second phase of Command Agriculture, while 1,8 million villagers are expected to benefit from Presidential Input Support Scheme under a $153 million facility, Finance and Economic Development Minister Patrick Chinamasa has said.

This buttresses President Emmerson Mnangagwa’s inaugural address to the nation that the economy under his leadership will be underpinned by a successful agriculture sector. Presenting the 2018 National Budget at Parliament Building yesterday, Minister Chinamasa said the agriculture sector is estimated to grow 15,9 percent this year, on the back of Government co-ordinated interventions in partnership with the private sector.

He said the expanded “Command Agriculture” Programme, to include soya beans and livestock production, is expected to sustain growth of the sector. As such, Minister Chinamasa said Government increased allocations for the sector to 9 percent from 7 percent prior year.

“Building on the success and lessons from the first phase of the special maize and wheat programmes (Command Agriculture), Government has already mobilised the resources for the second Phase of the Programme to the tune of $266,4 million for maize and soya beans production.

“Under the Presidential Input Scheme, Government has doubled input support towards 1,8 million vulnerable households, at a cost of $153 million. Households are being provided with input packs, comprising of 10kg of maize seed or 5kg of sorghum, 50kg of basal and top dressing fertilisers, as well as 10kg of soya bean seed. Already, inputs valued at $70 million have been acquired and are being distributed,” he said.

Minister Chinamasa said under the “Maize Command Programme”, the target is to plant an area of 220 000 hectares, with 60 000 under irrigation, while the remainder will be under dry farming. This is expected to cost $213,5 million, broken down as $59,8 million for irrigated farming and $153,7 million for dry land.

“In view of the importance of soya beans as input into agro-processing of cooking oils, as well as stock feeds, $52,9 million has been set aside to support soya beans production under the programme, targeting 60 000 hectares. Already, 22 276 farmers have registered, offering 65 233 hectares as at November 28, 2017.”

Minister Chinamasa said the revival of cotton production stands to resuscitate the cotton to clothing value chain, in the process improving livelihoods of rural cotton farmers in areas with poor rainfall. He said inputs support for cotton went up to $60 million from about US$40 million in the previous season with a projected output of 130 000 tonnes of seed cotton. He said Government is in the process of extending the ‘Command Programme’ to include livestock and fisheries.

“Already, the fishing industry is receiving fingerlings for breeding purposes. On livestock, the programme will focus on the dairy revitalisation programme, aquaculture, and livestock disease control to enhance the quality and size of the national herd, in order to guarantee self-sufficiency and secure export markets.

He said $9,4 million, inclusive of $5,5 million income from dipping fees had been set aside for livestock support. He said 42 250 tonnes of maize seed and 2 750 tonnes instead of 6 000 tonnes for soya beans were available for Command Agriculture programme, while 120 000 tonnes of fertiliser were available for disposal to the market. He said the fertiliser industry has capacity to produce an additional 160 000 tonnes between November and January next year.