‘Govt not under pressure to borrow’

Source: ‘Govt not under pressure to borrow’ | Newsday (Business) 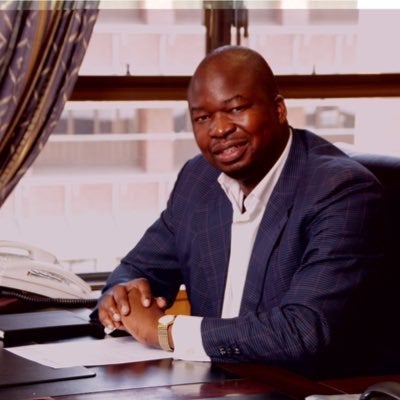 GOVERNMENT says it no longer has pressure to borrow on the local market after it repaid in excess of $1,5 billion of its domestic debt, a Treasury official has said.

Ministry of finance permanent secretary George Guvamatanga told a recent business meeting that government was liquid and had only issued around $300 million treasury bills between September last year to July 2019,

According to the 2019 National Budget, the country’s domestic debt stood at $9,6 billion at the time of the statement, and the total debt stood at $17,2 billion as at September 2018.

“From September 2018 to July 3, 2019, we have repaid over $1,5 billion of domestic debt predominantly in treasury bills. We have only issued just below $300 million of treasury bills.
So we have reduced the extent of our borrowing as government from the domestic market. At any given time these days government sits on credit balances. Not only credit balance on RTGS, my accountant general will tell you that we have credit balances in US dollars. And this is completely different from where we were in 2008,” Guvamatanga said.

He said there was no fear of the repeat of 2008 era of hyperinflation as government was carefully monitoring printing of money.

“This is a very liquid government. With no pressure whatsoever to borrow from the market (there is) no pressure to create money. So on a monthly basis we are paying government salaries which are an excess of $400 million from credit balances. We don’t have to come to the market; we don’t have to go the Reserve Bank of Zimbabwe because the funding is now available. What created the challenges we had in 2008 was money (creation), so where we are today is completely different from where we were in 2008 because government is not printing money,” he said.

About $10 billion is estimated to be in circulation.

Guvamatanga said government was living within its means.

“A surplus for government is just like your gross profit in business. So you cannot say that you cannot record a gross profit because you have a debt. So even if you are borrowing in your business, are you not recording a profit in your business? You are recording profit. So we do acknowledge that as government we do have debt and we owe money. But a surplus simply means that within our revenues that we are receiving, vis a vis our expenditure — the recurrent expenditure, we are remaining with a balance, that has never happened in this country.”

“That’s a good starting point because when you have a surplus it means that there is no recourse to the market or to inflationary funding mechanism for government,” he said.

The post ‘Govt not under pressure to borrow’ appeared first on NewsDay Zimbabwe.