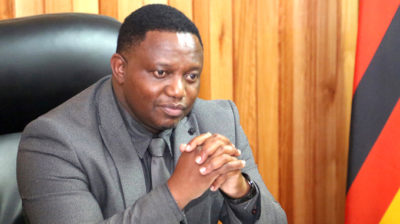 The secessionist party complained over acts of barbarisms and terrorism by police officers on private taxis and kombi operators.

“This is my second letter to you Kazembe and Matanga.

“On August 25, I wrote the first letter complaining about the conduct of your police officers at roadblocks,” the petition read.

“I advised you to come down to Bulawayo and rein in on the police officers. I would applaud you for coming down on my insistence, to discuss the issues of concern so that you restore sanity on the roads by immediately stopping the harassment of citizens at road blocks.”

Moyo said that he wrote this second petition because another wave of madness by irresponsible police officers has emerged.

“On several occasions, I have witnessed your police officers smash windows of emergency taxis in the city and in other places in Bulawayo,” the petition read.

“Public safety is now greatly compromised by the very conduct of security members. The attack on the kombis results in motorists disregarding road rules leading to pedestrians being run over as drivers try to save their vehicles from destruction by police officers,” Moyo wrote.

“Just a week ago, an old lady was knocked down by a kombi as the driver was trying to escape the brutality of your officers.

“We understand that their (police) authority is limited to arresting offending drivers, recording vehicle registration numbers, and even advising on the right conduct without necessarily causing all this damage.”

Moyo said he wondered where the police were getting fuel to race after transport operators, when they are failing to respond to genuine reports of theft and murder reported to them by the public claiming they do not have resources.

Moyo asked why the police and the Zanu PF government were blocking private transport operators from operating.

“We strongly call upon your ministry to treat this as a matter of urgency, as we are slowly losing our patience and faith in your compromised police force,“ he wrote.
“We are heading towards effecting citizens’ arrest against your dubious officers.

“We are aware that in many instances they make life difficult for transport operators so that they make them to pay bribes. I put it to you that there is no law that was gazetted to stop the private kombis to get into town and that there is no proper gazetted law that prohibits the private kombi operators from ferrying passengers, but the move is politically, rather than COVID-19-motivated.”