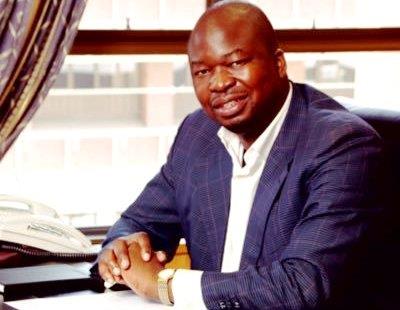 HARARE – President Emmerson Mnangagwa’s government is planning mass layoffs of public sector workers as it considers various ways to pull the economy out of a recession that has rattled investor confidence.

This comes as the economy has slipped into recession in the second quarter, according to September data, a stinging blow to Mnangagwa’s pledge to revive the economy and reduce record-high unemployment.

The Finance ministry said it was considering layoffs and early retirement packages for staff in the public sector at a time unions are pushing for above-inflation wage increases and pay in US dollars.

The ministry said the forthcoming national budget will slash the huge wage bill by over $330 million by right-sizing public employment in the next two years in a move aimed at containing the budget deficit.

The rationalisation of the government’s wage bill is in line with austerity measures proposed by the International Monetary Fund to help the country on its path to economic recovery.

Zimbabwe has been registering consistent budget deficits for the past five years due to humongous government expenditure.

Presenting the 2019 budget priorities before the parliamentary portfolio committee on Finance on Monday, Finance secretary George Guvamatanga said a number of proposed measures such as right-sizing public employment will be taken into consideration.

“The measures to be enunciated are right-sizing public employment, rationalism of posts in the public service and strengthening wage bill management,” he said.

Guvamatanga said the measures will include moving away from the pay-as-you-go pension arrangement by adopting a funded defined benefit pension scheme arrangement.

Zimbabwe Congress of Trade Unions (ZCTU) president Peter Mutasa said the austerity measures adopted by the government, including the massive retrenchments are not based on any consultations.

“The workers have not been consulted at all,” Mutasa fumed.

“That means the government has not benefited from valuable stakeholders’ input.

“On this basis, the policy is not a product of a sound and fair process.”

“…there have been civil service human resources audits but results have not been widely shared. We are aware that the audits unearthed existence of many ghost workers…,” he said.

“Just visiting our public schools, reveals that we have serious shortages of teachers and an unhealthy teacher to pupil ratio. The same is evident in our hospitals and clinics. Some critical medical positions are not manned.

“So we need to understand the social cost of the intended retrenchments apart from the perceived financial savings benefit,” Mutasa told the Daily News.

He warned that mass retrenchments will have ripple effects on many other sectors and that may result in unintended private sector job losses.

Guvamatanga told the parliamentary panel that government was going to curtail acquisition and provision of vehicles by the State, including replacement condition of service vehicles.

Mnangagwa has also said the national budget will be balanced as a matter of urgency and the appetite for public spending restrained so that the cost of running the public sector remains within set targets.

Adding that, some State enterprises and parastatals will be sold and others privatised while entities which show potential to run viably will be commercialised.