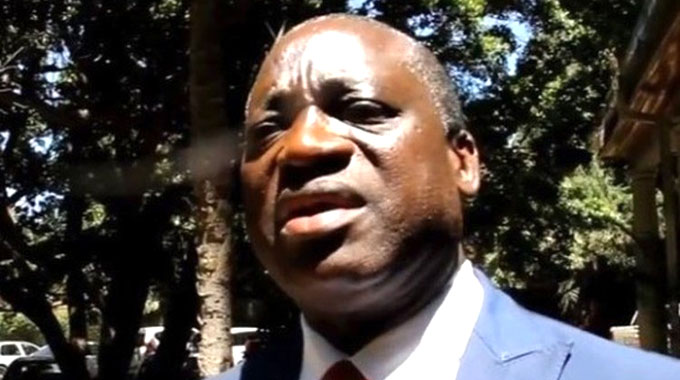 During the fire incident — the third in three years — about 39 doctors were forced to escape through a window when fire gutted the building, destroying all their belongings including household property, academic certificates, food and clothing.

The near-death experience resulted in one of the doctors suffering a broken ankle as he tried to jump out of the two-storey building.

Among those who were thrown out of the blazing fire are children who had to seek alternative accommodation for the night while members of fire and ambulance services battled to put out the fire for hours.

Of those affected are four children, the youngest being 11-months-old and oldest being seven-years-old.

Speaking after touring the gutted building yesterday evening, Health and Child Care Deputy Minister Dr John Mangwiro said the damage was extensive and was a result of lack of maintenance.

He said the Government had already applied for the doctors and their dependents to get new birth certificates and identity cards replaced.

Dr Mangwiro said their passports will also be sorted on Monday as the Government is committed to ensure their normal life is restored within the shortest period of time.

“We have already sat down and given each other tasks as Government and we want to establish how much doctors lost in terms of their personal property. We have already arranged that they get their birth certificates, ID cards, and their passports will be arranged next week on Monday.”

Dr Mangwiro said the doctors will, courtesy of the Government, get clothing, food, temporary accommodation and their tools which were lost in the fire.

He said in the meantime, the doctors and their families will be accommodated at Bulawayo Polytechnic.

“The main problem is lack of maintenance. These buildings were built more than 50 years ago, hence we should always work on them to avoid such tragedies. This is a lesson for us. We do not want such things to happen hence we will do everything to renovate the affected building and the nurses’ residence which is in bad state,” added Dr Mangwiro.

Bulawayo also rallied behind the affected doctors and by yesterday campaigns had been established to help them have food, clothing, toiletries and blankets.  Their plight was discussed on a number of WhatsApp platforms with calls for members of the public to help them.

By yesterday evening, the organisations had already gathered toiletries, clothing and food which were distributed to the doctors.

In an interview, Ms Jana Ncube from IAM4 BYO said it was the duty of every resident to help the doctors get back on their feet.

“We are rallying the public in Bulawayo to rise and help the doctors at this hour of their need. Doctors in this city and the country have been heroes and heroines taking care of us during Covid at their own risk and it’s now our turn to take care of them,” said Ms Ncube.

“We call upon Zimbabweans across the country especially business people, diaspora groups and philanthropists to rise and help rebuild the facilities destroyed by the fire at Mpilo hospital.”

“Mpilo is our referral hospital that serves the whole nation and so it’s imperative at this time when the greatest threat we face as a nation is Covid-19 — a health related issue — that we make sure the facilities are rebuilt as quickly as possible. They need clothes from underwear to every piece of clothing,” she said.

“It’s winter now and they need warm clothing and phones as they only came out with their lives. The trauma they went through will be addressed by psycho-social support from loved ones.”