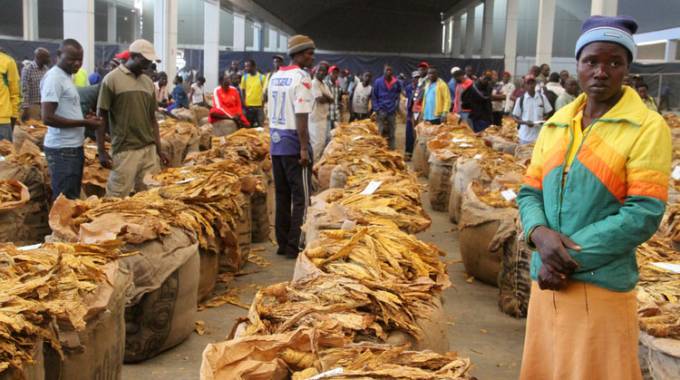 Stakeholders in the tobacco industry are exploring modalities on how the country’s most valuable cash crop can be sold in the wake of challenges posed by the growing threat of Covid-19.

The highly infectious disease, which was first detected in Wuhan, China, in December last year, has killed tens of thousands and infected over two million people around the world.

In Zimbabwe the virus has killed three people and infected 24 as of Friday.

The outbreak, which has sent the markets into turmoil and disrupted global supply chains, has made the start of the 2020 market season — pencilled in for Wednesday — uncertain.

There are fears gatherings at auction floors might spread the disease and undermine ongoing efforts to contain the disease, which include the 21-day lockdown.

While plans remain unchanged, doubts continue to mount, especially considering the difficulty of conducting sales for small-scale farmers without access to technology.

Industry sources said large-scale farmers may simply send trucks with their crop to contract floors and follow through using various digital platforms, but smallholder producers need to be physically present at the floors.

Tobacco Industry and Marketing Board (TIMB) chief executive officer Dr Andrew Matibiri confirmed that a series of meetings convened by the Ministry of Lands, Agriculture, Water and Rural Development were held to assess the situation and map the way forward.

However, efforts to get a comment from Minister Perrance Shiri were fruitless by the time of going to print.

But a senior official with the Zimbabwe Commercial Farmers’ Union on Friday confirmed the meetings.

“We expect they will be further follow-up meetings. After the (first) meetings, we have got to investigate plans and modalities of how it is going to be done.”

However, it is believed that a definitive determination will be made once all the assessments have been made.

The sales materially impact on the country’s trade balance, which has averaged minus  US$233 million between 1991 and 2019, before posting a record high of US$293 million in December last year.

The country’s most valuable crop contributes 8 percent to 15 percent to Gross Domestic Product (GDP) and 25 percent to total annual exports, according to the Zimbabwe Tobacco Association (ZTA).

More than 100 000 mostly indigenous farmers now survive on tobacco farming in Zimbabwe, up from about 20 000 at the turn of the century, when whites dominated the industry.

At its previous peak in 2000, Zimbabwe produced 236 million kilogrammes of tobacco, which it surpassed with a second consecutive record output of 258kg last year.

While production has grown exponentially since 2017, when output was 180 million kg, erratic rains and dry spells early in the season are expected to cause a 13 percent decline in deliveries this year.