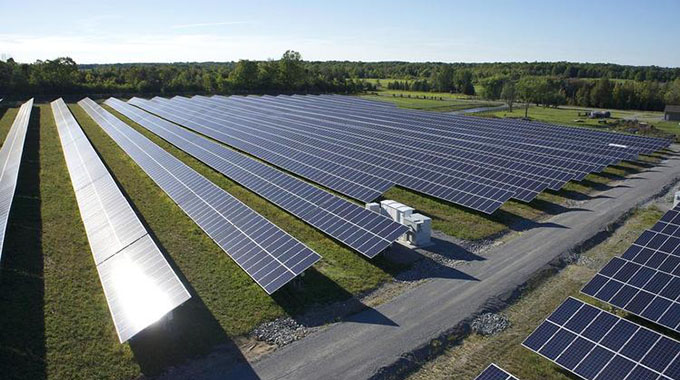 Cabinet recently approved the revised implementation plan for the solar project that commits to deliver the first 10MW within six months after signing of financial closure agreements and fulfilment of all outstanding conditions precedent.

Following the approval this year for the adoption of the revised implementation plan, the contractor (Intratrek) committed to deliver the first 10MW of the project, under a phased model, within six months once the restated and amended contract has been signed and Zimbabwe Power Company (ZPC) has provided all loan payment security agreements to multilateral lenders.

The Gwanda solar project has courted controversy after the contractor, Intratrek Zimbabwe, owned by Wicknel Chavhayo, failed to deliver within agreed time-lines citing failure by Zesa to fulfil certain obligations as well as funding hurdles arising from Zimbabwe’s historical debts to China, the source of funding, as well as other prerequisite regulatory requirements.

Former Minister of Energy and Power Development, Fortune Chasi, despite promising to deliver on the project, failed. His successor, Minister Zhemu Soda, has said the Gwanda solar project was on top of his list.

He told our Bulawayo Bureau in an interview on the sidelines of the official commissioning of Rural Electrification Project in Silobela, that all was ready to resuscitate the project.

“Government has plans to resuscitate the project following a Cabinet position on engagements between Intratek and Zesa Holdings in order to bring the project back on track,” he said.

“What I can just confirm for now is that the two parties have constituted themselves into some working committees. They have set up legal, finance and technical committees that are meant to oversee the resuscitation of the programme.

“The technical committee is the one that will try and find a way forward on how to pick up the project from where it had ended and give it new life,” said Minister Soda.

Cabinet recently approved the new implementation plan that is tied to a new contract, involvement of renowned power project experts and a US$14 million “ready-made” loan funding commitment for delivery of the first 10MW under the new phased project plan.

Intratrek has also reportedly been asked to declare financial capacity first before embarking on the project, which will be done in two phases starting with the 10MW segment and then 90MW by 2022.

Justice Chitapi, while ruling on a contractual dispute between Zesa and Intratrek over delays to the project, which Zesa lost, pointed out that electricity was not generated in courts and board rooms, but at power stations and urged the feuding parties to dialogue and stop being “dilatory” in their approach.

Zimbabwe requires up to 2 200MW during peak demand, especially winter, while it is able to generate around 1000MW.