Govt raises red flag over panning in Save Tri-Basin 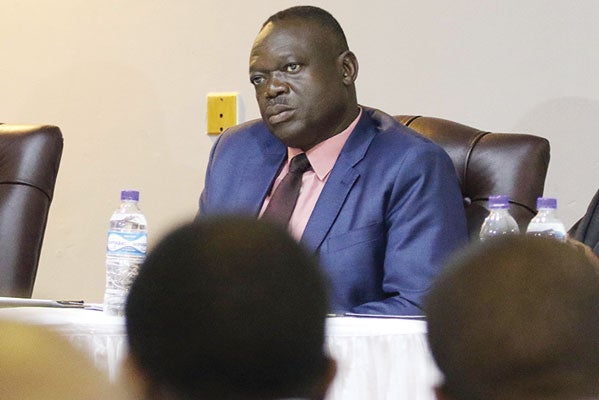 Gold panning activities by artisanal miners needs to be stopped immediately because they were causing water pollution in the Buzi, Pungwe and Save Tri-Basin, Lands minister Perrance Shiri has said.

Shiri made the remarks last week in Mutare at the signing of the Buzi, Pungwe and Save Tri-Basin Water Project bilateral agreement with his Mozambican counterpart Joao Osvaldo Machatine who heads the Public Works, Housing and Water Resources ministry of that country.

Shiri said the two governments were aware of the need to protect the environment and to promote sustainable development in the three shared river basins, particularly in the extraction of the minerals.

“Our two governments (Zimbabwe and Mozambique) are aware of the need to protect the environment and to promote sustainable development in the three shared river basins, especially in the extraction of minerals through gold panning,” he said.

“The devastating effects of gold panning that is taking place in our shared river basins needs to be stopped. I am very happy to say that the two governments are taking corrective measures through the various government institutions to reduce further environmental degradation and pollution of our water bodies,” he added.

“We still have a number of challenges that need a collaborative effort to overcome them. We need to continue to guard against water pollution in all its various forms emanating from gold panning, deforestation and stream bank cultivation. We also need to address saline water intrusion, especially in Mozambique mainly caused by low flows experienced during the dry seasons.

“Allow me to reiterate the need to put in place pro-active measures and strategies to manage extreme events like floods and droughts that are a result if climate change.”

He noted that there was also need to embrace and mainstream gender as well as HIV and Aids issues within the river basin.

The post Govt raises red flag over panning in Save Tri-Basin appeared first on NewsDay Zimbabwe.