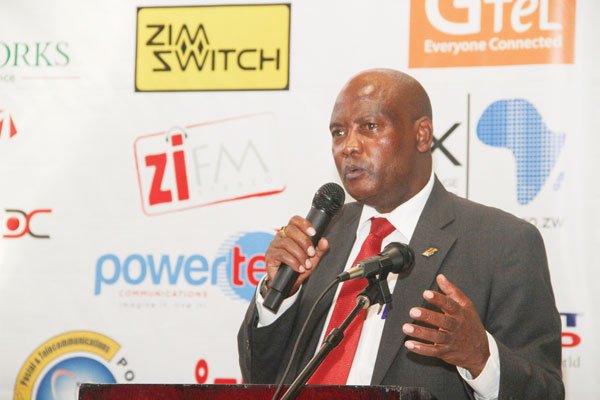 GOVERNMENT is ramping up infrastructure development in Information Communications Technologies (ICT) in the face of fast-paced advancements, which will see the world embrace 5G technology by April.

ICT ministry secretary Sam Kundishora said through the Postal and Telecommunications Regulatory Authority (Potraz), government was aggressively ensuring that Zimbabwe was not left behind in technological advancement by investing in infrastructure development to ensure that the country has 100% internet and mobile telecommunications coverage.

“We are looking at all the pockets that don’t have network coverage and plugging them. I am sure you are aware that the President [Emmerson Mnangagwa] will open the TelOne Harare-Beitbridge fibre connection next week,” he said.

Potraz has so far built 20 base stations in marginalised areas using the Universal Service Fund, with plans to build 250 more.

Kundishora could not provide the exact figures used so far, but said they ran into millions of United States dollars.

Zimbabwe — hosting the World International Telecommunications Union (ITU) conference in Victoria Falls, which began on March 4 and runs until the 14th — relies heavily on mobile money owing to cash shortages.

Kundishora said ITU delegates were impressed by the infrastructure put up in the country which is supporting the conference.

ITU director Chasub Lee said the conference was looking into the future of ICT’s, especially the introduction of 5G technology, which could bring massive benefits to the economy.

“I chair the United Nations IT development, which develops technical standards. We are looking at many ideas, especially in Zimbabwe. Our programme is that of the future network 2030. We are looking at the 5G for fixed networks and also cloud and also quantum-based communication technology,” he said.

Lee, who spent Sunday touring the mighty Zambezi River and Victoria Falls, said he was happy with the infrastructure government and independent network providers had provided to support the conference.

ICT minister Kazembe Kazembe and Lee will today officially open the conference, which closes on Thursday.