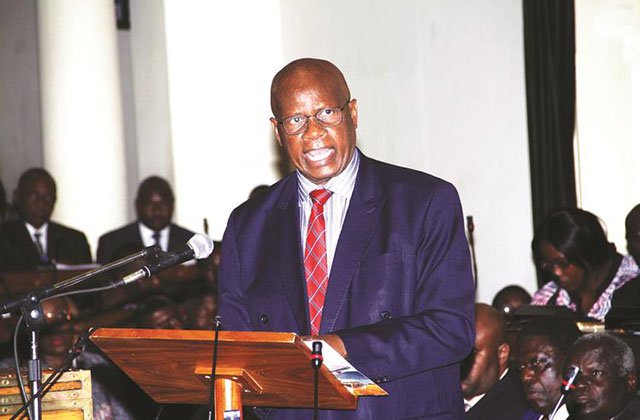 Elita Chikwati Senior Agriculture Reporter
Government has so far recovered $47,7 million from the loans it issued under the Command Agriculture Revolving Fund, which translates to 66 percent of its target of $72 million.

This comes amid reports that 10 000 farmers were still to deliver their maize to the Grain Marketing Board (GMB).

Government has also collected $3,6 million from wheat farmers against a target of $8,8 million as at November 23. This was revealed by Finance and Economic Development Minister Patrick Chinamasa in his 2018 National Budget presentation last week.

Minister Chinamasa said a positive culture of honouring loan obligations was emerging among farmers who benefited from the empowerment support under the Command Agriculture Programme.

“In this regard, Command Agriculture Revolving Fund registering repayment receipts of $47,7 million in loan recoveries from farmers. This is against the anticipated target of $72 million.

“Out of the 50 000 farmers contracted to produce maize under Command Agriculture, 33 percent fully paid their loan obligations, with 22 percent having partially paid their obligations, while recoveries from others are being made as they deliver to the GMB.

“However, as at November 23 2017, about 10 053 contracted farmers had not made any maize deliveries to GMB, an indication that these were already defaulting on their 2017 debt obligations.”

Government has instituted measures to ensure recoveries from the farmers, with monitoring teams already deployed to follow up on those who were being made to acknowledge their debts for repayment next season.

To encourage farmers to continue paying back their debt obligations, all fully paid farmers were being prioritised in accessing inputs under the 2017-18 Command Agriculture programme.

“With regards to those farmers who have partially paid, as well as the new farmers, consideration to be contracted is based on a tight criteria which includes, among others, the need for a farmer to demonstrate capability to produce,” said Minister Chinamasa.

According to the budget, the absence of effective control and distribution mechanisms had meant that bogus farmers could access inputs through unscrupulous suppliers.

This also resulted in the abuse of fuel coupons, whose issuance was not commensurate to farmer requirements.

“Some of the potential risk areas have since been rectified, which has seen the logistics committee in consultation with private financing partners tightening the distribution and collection mechanisms for both fuel and other inputs,” said Minister Chinamasa.

“All participating farmers are now required to have their contract papers and release orders for inputs collection to be processed at district level. For those farmers required to collect inputs directly from inputs suppliers, Government officials have been stationed at inputs suppliers’ depots to clear and monitor collection of inputs by farmers.”

Minister Chinamasa said other potential leakages being plugged related to absence of validation processes over use of tillage vouchers and combine harvesters repairs and collusion between district Command Centre officials and some farmers that could result in inputs collections in excess of requirements determined by Agritex and ward officers.

Some farmers who would have benefited from Command Agriculture inputs supplies were being paid in full for grain delivered to the GMB, despite having loan obligations under the programme.

Government has thus moved in to plug potential leakages that could arise.

“In this regard, participating farmers are also required to complete the cost recovery Stop Order forms at the point of inputs collection,” said Minister Chinamasa. “Furthermore, plugging of potential leakages is extended to prevent some ward extension officers recommending farmers without farm or land offer letters to collect inputs, resulting in no recoveries.”

President Mnangagwa has always been on record warning those who abuse Command Agriculture inputs that Government will deal with them accordingly.

Command Agriculture, a brainchild of the Government, has rescued thousands of farmers who would have failed to productively use their land owing to funding challenges.

Under the programme, farmers received inputs for free, but are expected to deliver five tonnes of maize each to the GMB.