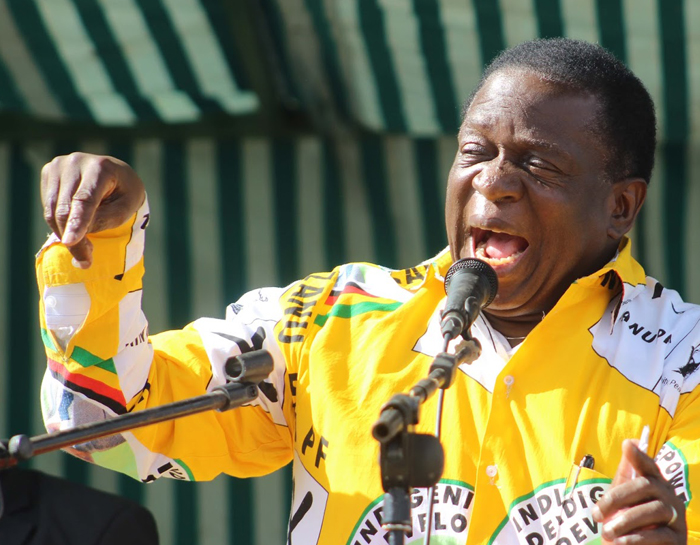 HARARE – Justice minister Ziyambi Ziyambi has indicated government was backing away from its pledge to reform Zimbabwe’s electoral system after political opponents accused the ruling party of trying to rig it.

President Emmerson Mnangagwa, who took power last November after a military-engineered intervention that ousted long-ruling despot Robert Mugabe, promised new rules would be in place for the next election, scheduled for mid-year, and promised a free and fair poll.

But in an interview with the Voice of America (VOA), Ziyambi rejected calls for electoral reform prior to the nationwide polls which are to take place later in 2018.

He said: “Everything that they are complaining about is clearly covered within our Constitution and our laws.”

In his opinion, the electoral body has not been influenced by any political factors and he called the proposed reforms “wast(ing) resources doing cosmetic changes to the legislation that are already materially covered by the existing legislation.”

This comes after the independent election watchdog Election Resource Centre (ERC) and other opposition parties wrote a letter to the minister and to Mnangagwa calling on the government to amend the electoral law and ensure free and fair general elections for 2018.

They also requested that the Zimbabwean Diaspora be permitted to take part in elections and also asked for assurances that the Zimbabwe Electoral Commission (Zec) be protected against political influence.

The ERC director, Tawanda Chimhini, said he wanted the government to take adequate steps to allow Zimbabweans living abroad to vote and eliminate any form of unfairness throughout the elections.

Opposition parties have also called for wide-ranging electoral reforms to vaccinate the poll against ballot fraud.

The parties showed concern following the removal of former president Robert Mugabe, who used fraud and intimidation to win the 2008 election and, probably, those in 2002 and 2013 as well.

The opposition has said Parliament should play its role of supervising Zec, not the Justice minister, and ensure that the electoral body operates as an independent entity as prescribed by the constitution of Zimbabwe.

Opposition parties also want the next 2018 poll to be internationally run and supervised by the United Nations.

The opposition also wants an accurate and up to date electronic voters’ roll to be made available to all interested political players in a searchable and analysable format, and that traditional leaders should be apolitical.

They also want the harmonisation of all laws with the new Constitution of Zimbabwe, particularly laws such as Public Order and Security Act (Posa), Access to Information and Protection of Privacy Act (Aippa) Criminal Law (Codification and Reform) Act in particular Section and 121 of this Act, and the Broadcasting Services Act, among a raft of legislation.

The opposition also envisages that members of the security services — the real power behind Mnangagwa’s throne — should not participate in any political activities and that the Diaspora vote should be immediately adopted and implemented and that those in prisons and other places of incarceration should be allowed to vote in accordance with the ruling of the African Commission on Human and Peoples’ Rights and other regional jurisprudence.

“The ruling party, Zanu PF, already enjoys a strong position against the opposition for the 2018 elections, and relations between the new president and opposition figure Morgan Tsvangirai have been startlingly friendly,” he said.

“Electoral fraud might not be required, especially as the election will likely be closely scrutinised by domestic and international observers and serious criticism might endanger the investment flows Mnangagwa knows he needs”.