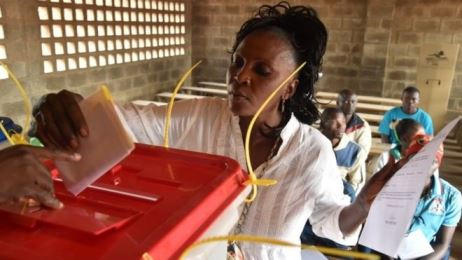 HARARE – State-owned companies, Fidelity Printers and Printflow, have commenced the printing of ballot papers to be used during the forthcoming harmonised elections.

Zimbabweans will on July 30 cast their votes in a watershed poll to choose a president, Members of Parliament, senators and councillors.

In a statement, the Zimbabwe Electoral Commission (Zec) said Fidelity Printers — owned by the Reserve Bank of Zimbabwe — will print ballot papers for the presidential and National Assembly elections while another government-run entity, Printflow, will print local authority ballot papers.

Opposition parties and other civic service organisations had in the past voiced their concerns regarding Zec’s choice of printers, arguing that the selection process should have been done through an open public tender.

However, Zec refused to buckle to the opposition demands, saying the designing, printing and distribution of ballot papers were the sole responsibility of Zec, according to the Constitution and Electoral Act.

“Anyone else other than Zec demanding to be involved in these functions directly or indirectly is deemed by the Commission as one attempting to usurp the powers and independence of the electoral management body,” Zec said.

The commission has, however, allowed all the contesting political parties to witness the initial stage of the printing of the ballot papers in a move aimed at fostering transparency.

“In the spirit of transparency and stakeholder engagement, the commission invited stakeholders including representatives of all political parties contesting residential elections, local and foreign observers, embassies as well as civic society and faith-based organisations to witness ballot paper printing at Fidelity Printers last Friday,” Zec said.

Meanwhile, a number of candidates from both the ruling Zanu PF and the opposition MDC Alliance have withdrawn from standing in this month’s harmonised elections, according to Zec.

Due to a number of reasons, there were many constituencies where candidates from the same political party were vying for the same seat.

The MDC Alliance was the worst affected, with double candidates emerging in at least 14 constituencies.

The issue of double candidates was also prevalent in local government elections.