ZIMBABWE’S cash-strapped government has splurged millions of United States dollars on top-of-the-range vehicles, which include Toyota Hilux and Land Cruisers, for senior military officials at a time President Emmerson Mnangagwa’s government is pleading for an economic bailout package from international financial institutions. 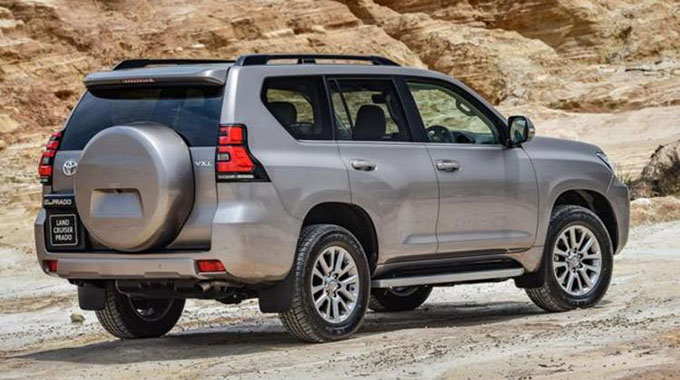 Military sources this week revealed that lieutenant-colonels, colonels and brigadier-generals were among officers who benefitted from the vehicle acquisition at a time of growing disquiet within the rank and file of the army over the deteriorating economic environment.

This comes as the Ministry of Home Affairs and Cultural Heritage, which is in charge of the Zimbabwe Republic Police, this week flighted an advertisement, inviting bids “from suitable and reputable suppliers for the supply of brand new double cab vehicles”. The advert was flighted yesterday, but did not specify the number of vehicles the ministry wants to procure.

Home Affairs minister Kazembe Kazembe professed ignorance of the tender invitation, saying: “I do not know anything about procurement. I am not in procurement, neither am I in operations. I have no idea. I do not know what is bought and what for. I do not get involved in those things.”
In April, Finance minister Mthuli Ncube wrote to the World Bank (WB) and the International Monetary Fund (IMF) begging for US$200 million to mitigate the catastrophic impact of the raging Covid-19 pandemic which has dealt Zimbabwe’s comatose economy a fresh blow.

The Mnangagwa administration has displayed profligacy, particularly the splashing of vast amounts of money on the procurement of armaments and the appeasement of military chiefs.

As reported by the Zimbabwe Independent, in June last year, the government acquired an assortment of weapons, including AK assault rifles, millions of pieces of ammunition, 5 000 mortar bombs and 58 500 grenades.

At the time of the arms purchase, Mnangagwa, who rose to the presidency in 2017 through a military coup, was fretting over looming protests as Zimbabwe’s grave economic crisis worsened.

The lieutenant-colonels and colonels were bought brand new Toyota Hilux vehicles, while they were sold the old ones they were driving for ZW$500, equivalent to less than US$10. The government sells vehicles at “book value” — a token, giveaway amount.

Earlier this year, an unsettled Mnangagwa, wary of the presidential ambitions of his deputy, former Zimbabwe Defence Forces (ZDF) commander Constantino Chiwenga, shuffled commanders of the Presidential Guard and the infantry battalion as he manoeuvred to strengthen his grip on power.

A source who spoke on condition of anonymity said: “Security bosses from the rank of lieutenant-colonel to brigadier-generals were recently bought vehicles that include Toyota Hilux and Toyota Land Cruiser cars while they were given the option to buy the old ones for a nominal fee. Lieutenant-colonels received a lower edition of the Toyota Hilux from what colonels received.

“What is worth noting is that brigadier-generals received Toyota Land Cruisers and those who are retiring at the age of 60 were given the option to buy their old vehicles at a token price,” a military source told the Independent this week.

When asked about the number of vehicles bought for the security bosses, the director of Zimbabwe National Army public relations Lieutenant-Colonel Alphios Makotore said transactions on armaments and equipment are a closely guarded secret.

He said: “The army does not give figures to people on what equipment it has procured. But all the same, I am on sick leave and I am at home. You must speak to Colonel (Overson) Mugwisi.”

At the time of going to print, Zimbabwe Defence Forces spokesperson Mugwisi had not responded to questions sent to him. He was not answering his mobile phone.
Contacted for comment on the number of vehicles bought for military chiefs, Defence minister Oppah Muchinguri said: “What has got that to do with you? Can you put your questions in writing.”

She also had not responded to questions sent at the time of going to print.The veil on Zimbabwe’s military expenditure, which has been shrouded in secrecy for decades, was lifted when the Stockholm International Peace and Research Institute (Sipri), a security think-tank, revealed that the southern African country spent US$92 million between 2000 and 2006 and a total of US$647 million since Independence in 1980 for the acquisition of military hardware.

According to the Sipri report titled Transfer of Major Weapons: Deals with Deliveries or Orders Made From 1995 to 2019, the government shelled out millions of dollars on the procurement and refurbishment of armaments through undeclared and opaque transactions.

Sipri’s report shows that the bulk of Harare’s arms were procured from Asia and Eastern Europe at a time of unprecedented economic upheaval in the country.