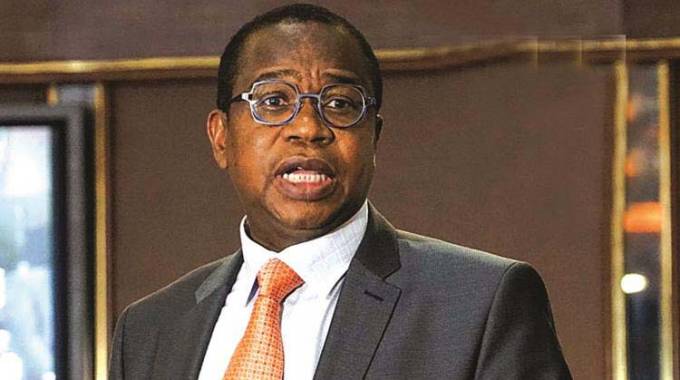 Maize imports have been stepped up to 110 000 tonnes per month to guarantee food security, especially at a time when the 2018-2019 drought — regarded by the United Nations as the worst in 40 years — is taking its toll.

Shoring up grain imports is expected to address current mealie-meal shortages that have seen the commodity being diverted to the black market.

The country is currently in the throes of the lean season, which usually runs from October to March, when most households, particularly in the rural areas, would have exhausted their food stocks.

“The national target for grain requirements stands at 110 000 metric tonnes a month. That is the figure that will ensure that no one goes hungry,” said Prof Ncube.

“As Treasury, we have already availed part of the funds and the grain is coming as we speak, and more will be coming. I am not sure of the actual modalities, but we have availed the funds and we will continue to release more funds as per the requirements to ensure that the country has enough food to feed everyone’s needs.”

Government, he added, was committed to maintaining the Strategic Grain Reserve, which had recently been depleted to about 100 000 tonnes from the recommended threshold of 500 000 tonnes.

“While we are importing, we also want to make sure that we maintain what is required in the Strategic Grain Reserve.”

Information, Publicity and Broadcasting Services Minister Monica Mutsvangwa said Government was pulling out all the stops to ensure that the country remained food secure.

“Government is putting all efforts to ensure that no one goes hungry. The President (Emmerson Mnangagwa) has been on record as saying that no one should go hungry on account of the drought, and that is the programme that Cabinet is implementing.

“Every week in Cabinet we are going to have an assessment of the food situation to see where the food needs to go and make sure that all the modalities are in place for the food to be distributed where it is needed, and be distributed in time,” she said.

Last week, Grain Millers’ Association of Zimbabwe (GMAZ), which represents the country’s biggest millers, said its members were targeting to import 80 000 tonnes of grain per month for milling.

It also made a commitment to supply subsidised mealie-meal to the market.

“The GMAZ members remain committed to the Roller Meal Subsidy Programme to the extent that some millers have utilised privately acquired maize towards the subsidy programme,” it said in a statement.

“GMAZ and its membership are now in full swing working on an import programme to bring in circa 80 000 mt (metric tonnes) per month for milling, which also includes maize for the Roller Meal Subsidy Programme.

“GMAZ and its membership have mobilised resources and logistics to bring these tonnages of maize to adequately meet the high market demand.”

Government is working out a new subsidy level on imported grain “since the GMB (Grain Marketing Board) no longer has local maize available for the millers”, GMAZ said.

In an interview, GMAZ spokesperson Mr Garikai Chaunza said grain millers were also working with Government to prevent the diversion of mealie-meal to the black market.

“GMAZ does not support diversion of maize meal to the black market. The black market normally emerges due to shortages in any situation and, therefore, we would encourage Government to incentivise more imports of grain to increase maize-meal supplies to the market.

“The laws of supply and demand are at play. We are working with the Ministry of Industry and Commerce verification teams to make sure the subsidised maize-meal reaches the intended beneficiaries. The other option is to liberalise the maize-meal market and then Government only buys a specific tonnage for the targeted and identified vulnerable groups,” he said.

GMAZ last week received about 5 000 tonnes of grain which was distributed to various parts of the country.

Repeated efforts to get a comment from maize-meal taskforce chairperson Mr Raj Modi, the Deputy Minister of Industry and Commerce, were fruitless by the time of going to print.

The United Nations Food and Agriculture Organisation (FAO) estimates that the 2019 maize production was approximately 40 percent below the country’s five-year average.