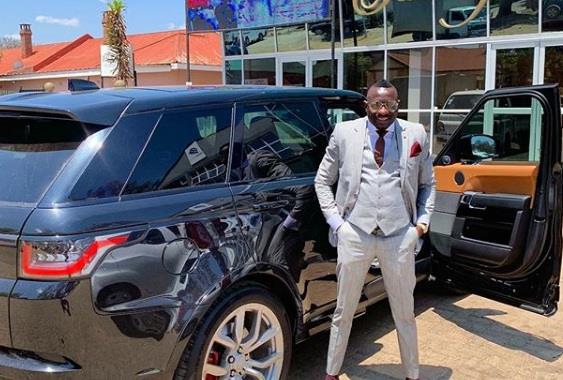 HARARE – The country’s rich and famous are quaking in their boots after the Zimbabwe Revenue Authority (Zimra) launched a massive crackdown on tax evaders, as President Emmerson Mnangagwa’s government clamps down on rampant corrupt activities that are weighing down the country’s economy.

Over the years, the country has been losing substantial amounts of money through tax evasion, leakages at the ports of entry and other underhand dealings.

But a recent wave of lifestyle audits by the tax collector on some of the country’s flashy businesspeople is causing anxious moments among the nouveau riche, especially those who were in the habit of flaunting their wealth.

This follows last week’s gazetting of the Presidential Powers (Temporary Measures) (Amendment of the Money Laundering and Proceeds of Crime Act and Exchange Control Act) Regulations, 2018, which empower government to seize assets of people who fail to disclose the source of their wealth.

With Mnangagwa’s government taking a zero tolerance on corruption approach, the Zimra blitz has so far scalped the head of flamboyant businessman Genius “Ginimbi” Kadungure, who was arrested last week on allegations of evading tax.

Kadungure is not the only one who is under investigation as there are reports of a long list of others who have reportedly been visited by the tax collector to explain their means of income and how much they have paid in tax.

Among some of those that have been visited include Prophetic Healing and Deliverance Ministries (PHD) founder Walter Magaya.

The cleric is on record saying that he is worth at least US$500 million. To put it into perspective, had the PHD founder been an American rapper he would rank in the Top 10 of the all-time highest earners’ list.

In September this year, he donated goods worth US$1 million to 10 000 households in Harare to step up the fight against cholera.

As the investigations continue to run high, Zimra said no individual or class of people was exempted from lifestyle audits, as long as the law lists them among those that can be audited, including its own employees.

Zimra’s head of corporate communications Francis Chimanda told the Daily News yesterday that the lifestyle audits, involving businesspeople, politicians and ordinary citizens, will continue as government seeks to plug holes and leakages that are costing the country millions of dollars.

“In terms of companies, Zimra will continue with on-going tax audits that help the authority recover outstanding taxes following the due process. In instances of criminal activities, the implicated companies will be prosecuted according to the law.”

Chimanda said Zimra employees will not be spared by the audits, which are part of the authority’s policies.

He said the lifestyle audits on staff are part of Zimra’s continuous security vetting processes embedded in each employee’s employment contract.

“Once employees sign the contract, they expect to be audited at any time during the tenure of the contract,” Chimanda said.

Speaking at a Judicial Service Commission workshop in the capital, where 46 magistrates were going through training to deal with corruption cases efficiently, Chief Justice Luke Malaba expressed concern about the media hype that is being created on corruption cases, yet less is being done about nailing the suspects.

Malaba said cases of corruption must be dealt with decisively by the courts, further noting the crime has negative implications on the economy.

Malaba made the comments against the backdrop of concerns that despite Mnangagwa’s verbal drive to deal with corruption, there have been no high-profile convictions since he took office.

Political analysts told the Daily News yesterday that in as far as the government is preaching about fighting corruption, including the move that has been taken by Zimra, it is the outcome of these investigations that is set to prove its sincerity.

Political analyst Rashweat Mukundu said there are still some grey areas that need to be addressed in the government’s drive to eradicate corruption.

“So if there are to be any lifestyle audits, then it would be public, the reasons thereof must be stated and the results thereof, of why the government is targeting certain individuals must also be stated,” Mukundu said.

He said it is noble for Members of Parliament and Cabinet ministers to declare their assets, adding that most of those that are believed to be partaking in these corrupt activities are senior government officials.

Namibia-based political analyst Admire Mare said the issue of lifestyle audits is now a norm in the region, as governments seek to eradicate corruption and loss of revenue.

“Whilst it is too early to deduce that government is indeed very serious about fighting corruption and pilfering of State resources, the signs so far are promising. If used objectively and professionally, audits can allow forensic auditors and management in companies and government to determine if the lifestyle of an employee is commensurate with that person’s known income stream. It can also aid in detecting tax evasion among other excesses,” Mare said.

Another political analyst, Maxwell Saungweme, said the drive to deal with corruption was a commendable move.

“But we need this to start from the top with the president and his deputies declaring their wealth and it sources. It’s better than nothing, but with such a selective process, we (are) still miles away from stamping out endemic corruption,” he said.