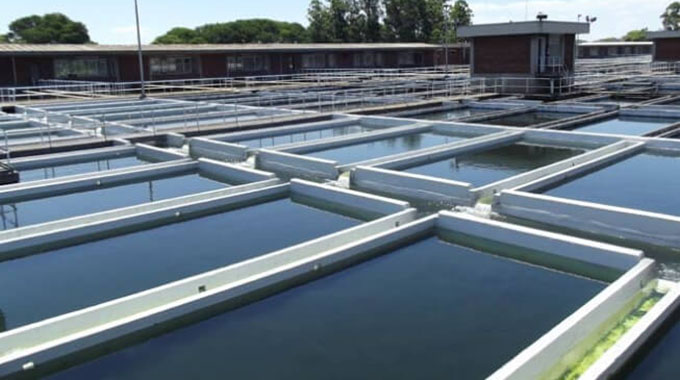 The City of Harare has been grappling with severe water shortages which have seen some suburbs going for weeks without the precious liquid, exposing residents to serious health hazards

The Government will soon float an infrastructure bond to raise funds for water, sewer, roads and other equipment for the City of Harare, a Cabinet minister said yesterday.

The Harare City Council is struggling to supply clean and uninterrupted water to its residents owing to inadequate foreign currency required to import treatment chemicals.

Earlier this week, the local authority closed down its main treatment plant, Morton Jaffray, leaving at least one million residents without tap water for over 24 hours before announcing it had acquired chemicals to last seven days.

“The Minister of Finance said they are going to float an infrastructure bond, definitely it will target water, sewerage, roads, electricity and all the infrastructure which includes equipment for refuse collection,” he said.

Minister Moyo said the Government also had plans for the construction of Kunzvi Dam as a panacea to the capital’s water situation.

“We think that the long term solution also involves Kunzvi Dam and we put a model which the city had signed on where we want to take it as a  continual project from building the dam, power to the plant and reticulation up to the household.

“We think with this model, investors will come in,” he said.

The Government, said Minister Moyo, was convinced that the capacity of Morton  Jaffray treatment plant has to be upgraded to enhance water supplies.

“The long term is to enhance Morton Jaffray. We went half-way with the Chinese loan which was US$144 million but we were able to use only US$72  million and there were problems. We are trying to revive it,” he said.

The City of Harare has been grappling with severe water shortages which have seen some suburbs going for weeks without the precious liquid,  exposing residents to serious health hazards. – New Ziana.