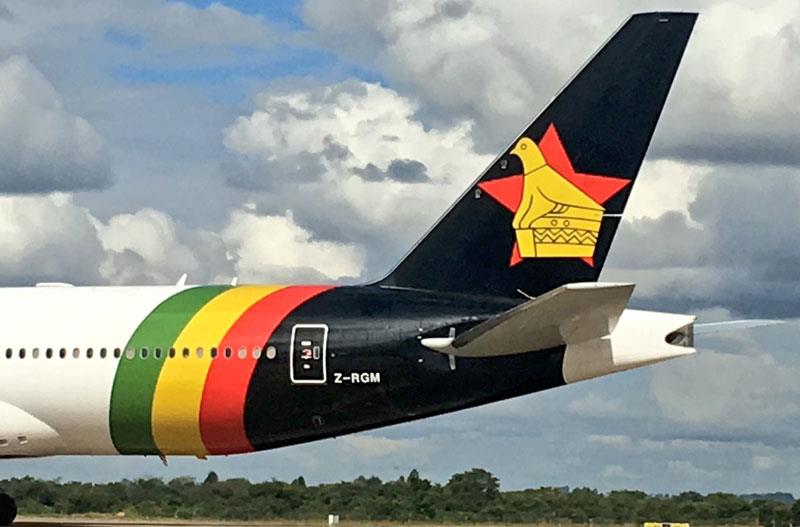 HARARE – Government is planning to merge Air Zimbabwe (AirZim) with Zimbabwe Airways (Zim Airways), which had been previously linked to the family of former president Robert Mugabe.

This was revealed by the newly-appointed Transport minister Joel Biggie Matiza while addressing the media at his offices in Harare on Monday.

In addition, government is also working towards securing smaller Embraer aircraft for the servicing of domestic routes.

“It is important to note that Air Zimbabwe does not have adequate aircraft fleet mix, an issue, which has forced the airline to operate on a deficit. With the new aircraft in place, government intends to merge Air Zimbabwe and Zimbabwe Airways so they complement one another,” Matiza said.

It had previously been alleged that Zim Airways procured the four aircrafts from Malaysia Airlines at inflated prices.

Government took delivery of one of the planes, a Boeing 777 jetliner, in April, and the remaining three are still to be paid for.

At the centre of the controversy is a secretive company, the Zimbabwe Aviation Leasing Company (ZALC) — which all along was said to be fronted by Zimbabweans living in the Diaspora, but is now suddenly said to belong to the government.

ZALC owns Zim Airways, and its documentation is still not publicly available — including at the offices of the Registrar of Companies.

The Boeing 777 jetliner is registered as Flight Z-RGM, which people have presumed to stand for Zimbabwe-Robert Gabriel Mugabe.

The Malaysian planes are part of the 12 which were manufactured on order by Boeing in 1994, and were delivered to Malaysian Airways three years later in 1997 — where they have been operating until they were retired.

On Monday, Matiza acknowledged the challenges at AirZim, which include legacy debt, dilapidated aircraft and equipment fleet, and lack of adequate aircraft mix among others.

He said efforts are underway to recapitalise the airline through a model to be discussed with the Reserve Bank of Zimbabwe and ministry of Finance.

“We are assisting the airline to return to the International Air Transport Association since it is a competitive platform for sales and marketing,” said the Transport minister.

Meanwhile, Matiza has delegated his deputy Fortune Chasi to come down hard on corruption and white-collar crime at the Zimbabwe National Roads Administration (Zinara).

“I have assigned my deputy minister to investigate the entity including issues of abuse of office. In addition, the deputy minister will oversee the establishment and maintenance of corporate governance at Zinara and its alignment to statutory requirements.

“I want to create a sector, which the general public will take pride in and will be confident in dealing with. This is the scenario in most of the institutions in my ministry and I will be dealing with these issues vigorously,” he said.