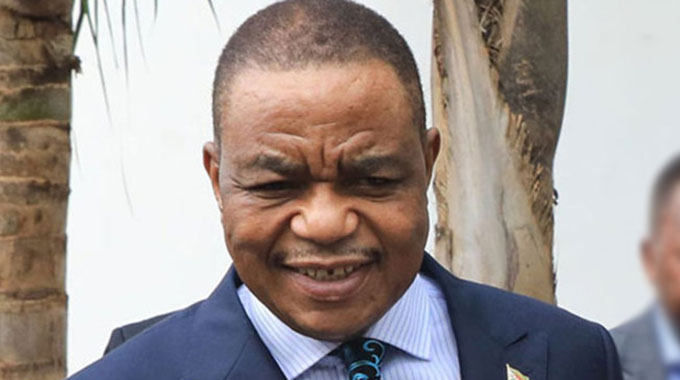 Farirai Machivenyika Senior Reporter
Vice President Constantino Chiwenga has thanked India for the assistance it has rendered to the country in various sectors of the economy.

VP Chiwenga said this during a virtual session of the 15th edition of the Confederation of Indian Industries-Exim Bank Conclave on India-Africa Project Partnership.

He said India-Africa relations have historically been defined by a common global outlook, shared aspirations for economic growth and multifaceted partnerships in trade and investment.

“Zimbabwe appreciates the unflinching support extended to date by the Government of India to African countries in general and Zimbabwe in particular, through the India-Africa Forum Summit.

“Zimbabwe is equally grateful for the various financial envelopes availed on concessional terms that have impacted positively on our concerted efforts to address the socio-economic challenges we have faced as a nation,” VP Chiwenga said.

VP Chiwenga said the strong bilateral ties between the two countries should be extended towards the achievement of tangible results.

“President Mnangagwa has set the economy of Zimbabwe on a recovery path with the vision to transform the country to an upper middle income economy by 2030.

“Drastic measures have been effected to reform the investment climate and business operating environment to ensure that indeed, Zimbabwe is open for business.

“We are determined to achieve our developmental goals with support from development partners such as India,” he said. The Vice President also invited Indian companies and investors to invest in Zimbabwe’s economy as it had great opportunities in the agriculture, mining, health, tourism, ICT and infrastructure development.

The CII has organised a virtual meeting on “doing business between India and Zimbabwe,” on October 7 and VP Chiwenga said the country will take the opportunity to showcase specific business opportunities available in the country.