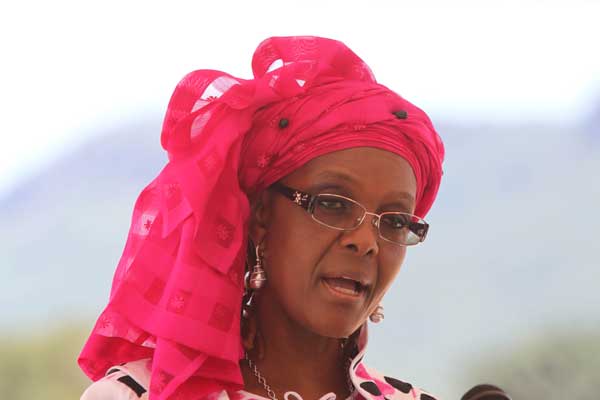 The extradition application comes after the Gauteng High Court last year stripped Grace of her diplomatic immunity granted to her by former International Relations and Co-operation minister Maite Nkoana-Mashabane.

Although the NPA refused to comment on the issue, AfriForum head of private prosecutions Gerrie Nel said Grace’s prosecution would start soon, and the lobby group would be monitoring the case.

“The Foreign States Immunities Act (1981) explicitly excludes the granting of immunity to Heads of State who are guilty of the death or injury of people in South Africa. Grace Mugabe, as the wife of a former Head of State, could, therefore, in no way claim the diplomatic immunity to which she appealed,” Nel told a South African newspaper.

“We hope that the prosecution of Grace Mugabe will commence shortly and we will monitor the case. AfriForum gets involved in issues like this to ensure that people with political power do not get away with committing crimes.”

Nel, who is formerly a prosecutor with the NPA, said he would apply for a nolle prosequi (formal notice of abandonment by a plaintiff or prosecutor of all or part of a suit) certificate should the NPA fail to prosecute.

The certificate would allow AfriForum to go by the route of private prosecution.

But contrary to AfriForum’s assertions about Grace’s extradition, the NPA was coy, with its spokesperson Luvuyo Mfaku simply saying: “No comment,” according to media reports, and Ndivhuwo Mabaya, spokesperson of the Department of International Relations and Co-operation (Dirco), professed ignorance to the purported extradition.

The extradition means Grace will have to be sent to South Africa, where she is accused of committing a crime, to face trial, but this would depend on whether the Zimbabwe government would agree to that.

Zimbabwe’s Justice minister Ziyambi Ziyambi yesterday said he would not comment on a wish.

“They are applying, it means there is nothing yet. We cannot comment on a wish. We will comment when the time comes.”

Lawyer Moses Nkomo said extradition is on the basis of the bilateral treaty between Zimbabwe and South Africa, where the two countries should agree that if someone commits a crime, they will make them available for prosecution.

“Zimbabwe and SA can use the Sadc mechanism. In terms of that treaty, the request of the extradition must be done through formal channels, in writing and supporting documents transmitted through the right channels, which is in this case the Ministry of Foreign Affairs. This is where AfriForum will have difficulties. Extradition cannot be done through private prosecution.”

AfriForum is a non-governmental organisation whose aim is to protect the rights of minorities.

Engels in 2017 accused Grace of viciously assaulting her after finding her partying with Mugabe’s son, Bellarmine Chatunga, at a posh hotel in Johannesburg.
But Grace claimed she did so in self-defence after the model charged at her with a knife.

She, however, did not have her day in court after she was granted diplomatic immunity, which enabled her to leave South Africa.

A year later, AfriForum successfully challenged Grace’s diplomatic immunity soon after Mugabe was ousted from power by his former deputy and now President, Emmerson Mnangagwa, with the help of the military.