A man suspected of being mentally unstable, who allegedly murdered a 12-year-old Gweru girl by stoning her on Tuesday was yesterday remanded in custody at Hwahwa Prison where he will be examined before his re-appearance in court. 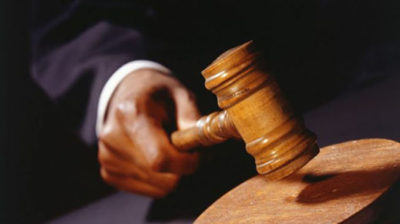 The man, who was only identified as Derick in court, struck Natasha Manunure, a Grade Seven pupil near her home in Mtapa suburb in Gweru.

Gweru magistrate, Beuality Dube, had a tough time trying to make Derick understand why he was appearing in court as the accused started speaking inaudibly.

The man even insisted before the court that he was not Derick, but Danisa, adding that Derick was the name of “a donkey at the market.”

The State counsel then made an application to have the accused mentally examined by two doctors before the magistrate granted the request and remanded the accused to December 23.

Allegations are that Natasha was coming from school when accused struck her with a stone on the left ear leading to her falling down and dying on the spot.

Natasha, of section 3, Mtapa, who was preparing for her exams, was walking home reading a question paper when she met her fate. The accused then fled from the scene but was caught by members of the public who handed him to the police.

Derick, who usually roams the streets of Gweru is notorious for assaulting girls and women usually with stones and other objects that he picks on the streets.