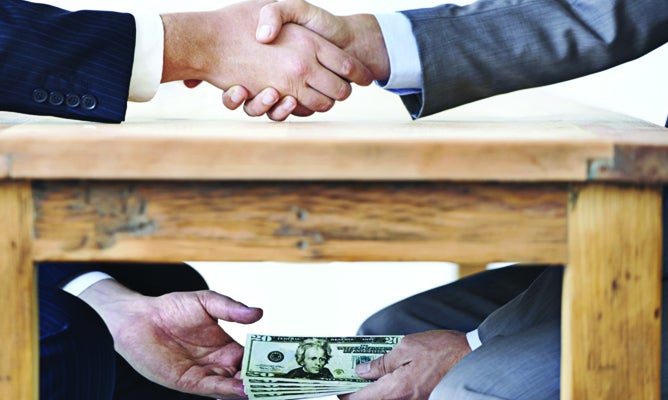 THE Anti-Corruption Trust of Southern Africa (ACT-SA) has challenged the newly-appointed Zimbabwe Anti-Corruption Commission (Zacc) to hit the ground running and prove that they are not toothless bulldogs.

Last week, President Emmerson Mnangagwa swore in seven new Zacc commissioners after the eighth person, Mabel Ndakaripa Hungwe, failed to attend as she is out of the country.

ACT-SA chairperson David Jamali said results would be used to judge the performance of the new commissioners.

He also called on government to adequately fund the commission.

“We are now happy that at least Zacc will be functional with a chairperson and commissioners, after a very long time. The commission now needs adequate resources to take the corruption fight to another level. The people of Zimbabwe have suffered for far too long because of corruption. Zacc, this time around, should turn around the situation by fighting corruption independently and without fear or favour,” he said.

“The challenge in Zimbabwe and other countries in Africa is that you see anti-corruption commissions such as Zacc organising a strategic planning workshop on their own as staff, commissioners and a few stakeholders close to them for the purposes of crafting an anti-corruption strategy,” he said.

“That will be perceived as a Zacc strategy and not as a national strategy. What is needed is a national anti-corruption strategy and action plan, developed through an inclusive and participatory process bringing all key stakeholders together and giving them a role to play.

“That way, the fight against corruption is not going to the preserve of Zacc, alone, but everyone’s responsibility, including traditional leaders, the private sector, women, the youth and civil society organisations, among others.
The fact that the country itself has no national anti-corruption strategy and plan poses a national threat.

“The lack thereof, means that the fight against corruption is haphazard, ad hoc and disjointed. This was the case before and has been a lot like stabbing in the dark. I would urge the Zacc chairperson, its commissioners and staff to seriously consider leading the process towards a national anti-corruption strategy.”

Fears among sceptical citizens are that the Zacc commissioners will be limited in their mandate since some of them are linked to senior government and Zanu PF officials.