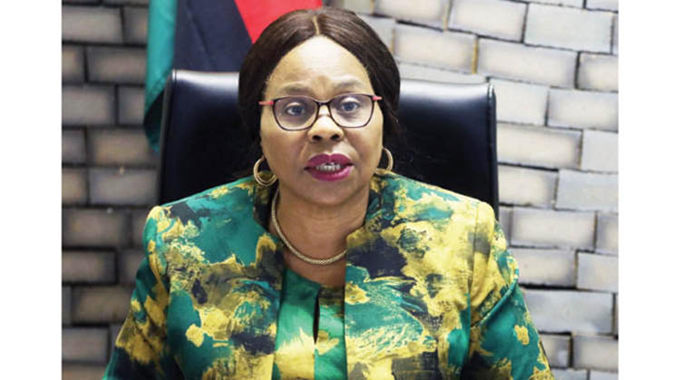 THE Government this week announced pre-planting producer prices for the 2020/21 summer cropping season as part of the Agriculture Recovery Plan and launched the urban Pfumvudza programme as it takes further significant steps aimed at boosting agricultural productivity and ensuring food self-sufficiency.

Producer prices for maize, traditional grains, soya beans and cotton will guarantee at least 15 percent profit after costs are covered.

Cabinet this week also resolved to give maize farmers an extra 20 percent incentive for their produce, in line with measures to boost food security.

The Ministry of Lands, Agriculture, Water and Rural Resettlement said the pre-planting producer price had a bearing on the planning, production and management regimes.

Government would also announce targets for the summer crops at provincial level.

Cabinet also agreed to raise the number of households to benefit from the Pfumvudza-Intwasa Programme from 1,8 million to 2,2 million to accommodate urban and peri-urban farmers.

The Cotton Company of Zimbabwe is expected to announce the new producer prices this week.

“The producer prices ensure farmer viability and incentivise the producers to grow these strategic crops. They are based on a model of cost of production plus 15 percent return on investment. A 20 percent premium on the price of maize is given to farmers who grow this crop,” said Minister Mutsvangwa.

“Regarding the Pfumvudza Programme, Cabinet was informed that households supported under the programme had increased from 1,8 million to 2,2 million. All the 2,2 million families enrolled had been automatically entered in the Pfumvudza competition for all the crops. A tota been trained on Pfumvudza.

“Additionally, the Zunde raMambo concept has been revived and inputs are now being distributed to 286 chiefs.”

Minister Masuka said Zimbabwe was headed for a bumper harvest given the number of farmers who had registered under Government schemes and started working on their land.

“We are planning for two programmes for cereals. The first one is for Pfumvudza where we were targeting 1,8 million households. We had to revise the target to 2,2 million households because we have taken into account peri-urban farmers. It means that the scheme was oversubscribed.

“In terms of maize seed and traditional grain, over 70 percent of households have received their basal fertiliser. It means this is unprecedented in terms of preparedness. It means we will have a good harvest,” said Dr Masuka.

Minister of State for Provincial Affairs and Devolution for Harare Metropolitan Province Senator Oliver Chidawu yesterday officiated at the launch of the Urban and Peri-urban Pfumvudza Programme at the Police Support Unit in Harare saying the programme was a game changer in the agriculture sector.

Sen Chidawu commended Government for the Pfumvudza Programme saying the initiative would enhance food security for the nation.

“This programme will be a game changer for food security not only in our province but Zimbabwe as a whole. Allow me to highlight that Harare, unlike other provinces, lacks vast land for agricultural production. However, Harare has a lot of peri-urban agriculture and therefore, as a province, we are grateful to the Ministry of Lands for this intervention.

“We look forward to a successful programme and urge all beneficiaries to diligently follow the instructions by Agritex officers to ensure bountiful harvests. Farming is a national responsibility and as a province, we are pleased to have finally been afforded an opportunity to contribute significantly to national food production,” Minister Chidawu said.

“President Mnangagwa has continuously emphasised the importance of increasing productivity in all sectors of the economy and this programme is in keeping with the President’s vision for a food secure and prosperous Zimbabwe,” he said.

Speaking during the launch of distribution of Pfumvudza inputs to urban and peri-urban farmers in Rusike, Marondera, this week, the Minister of State for Mashonaland East Provincial Affairs and Devolution Aplonia Munzverengwi said the programme was targeting every household to ensure food security.

She urged urban farmers using open spaces for farming to register under the Pfumvudza-Intwasa farming concept for them to receive inputs.

“We were given a directive by the President to start distributing inputs to urban farmers after realising that due to the economic hardships, people in urban areas also need to do farming to fend for their families.

“President Mnangagwa is a listening President and he cares about the welfare of his people. Now that we have been given a directive by the President to start distributing inputs, I urge you to prepare your fields in order for you to receive inputs. Those who don’t know how to go about it should undergo training,” said Minister Munzverengwi.

During the launch, 34 bulls were distributed to 34 chiefs in Matabeleland South.

Distribution of one million 1kg packs of tick grease for one million cattle-owning households has started.