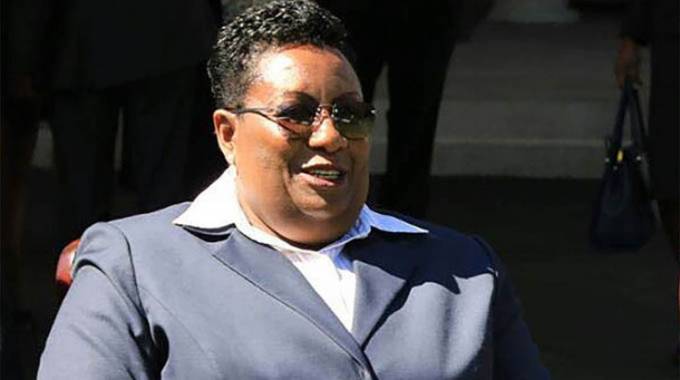 When life returns back to normal after the coronavirus outbreak has been contained, the Zimbabwe Anti-Corruption Commission (Zacc) will have to restart its recruitment drive after it emerged that only nine of the targeted 60 experts took up job offers owing to poor remuneration and conditions of service.

However, the recruitment drive has hit a snag.

“The new investigators did not come because of low remuneration; because Zacc workers are paid using the civil service salary scale. The problem is that being a Zacc investigator is a high-risk job. Why would one leave the legal fraternity to join Zacc where the salary is low but the risk is high?” she said.

The commission believes investigators should ordinarily be given risk allowances as is the case with some State departments.

“There are dangers of being a Zacc worker; therefore, our salaries must be different from those of the civil service. Surely, something must be done to attract critical staff if we are to effectively fight corruption.”

The nine greenhorns that decided to take up the available posts are said to be undergoing intensive training to deal with corruption cases.

Some of the experts who turned their backs on the anti-graft body are understood to be employed by State-owned enterprises and the private sector.

Justice Matanda-Moyo said: “Our problem persists because we cannot lure anyone. There are no benefits or remuneration that is meaningful. “We are back to square one. However, we are working on making sure that things change for the better.”

Liaison between Zacc and the Public Service Commission (PSC) to review both remuneration and conditions of service are presently underway after which, subject to a favourable outcome, new packages would be offered to the 51 outstanding investigators.

The commission is pushing for high salaries, anti-corruption allowances and other non-monetary incentives to lure new skilled staff.

“We have already sent our proposals to the Public Service Commission and they understand the gravity of the matter. We hope they are addressing it as a matter of urgency so that the corruption fight can go on.”

Investigators who spoke on condition of anonymity claimed they were earning $4 000 per month and did not have medical aid or pension benefits.

They claimed that their counterparts in Zambia, for instance, were given an anti-corruption allowance amounting to around US$4 000.

“We are doing a high-risk job but our salaries are pathetic. Zacc is an independent commission but when it comes to salaries, we are graded as civil servants. Why can’t we have anti-corruption allowances so that investigators will not be tempted to take bribes,” said one investigator.

The recent reconstitution of Zacc under the stewardship of High Court judge Justice Matanda-Moyo is believed to have added fresh impetus to the fight against the deep-seated rot in both the public and private sectors.

There are, however, still concerns on the pace with which cases have been moving in the courts.

In order to mount an effective war against graft, the commission is in the process of being repurposed and restructured.

An asset recovery unit has already been set up, while a series of training and workshops to capacitate staff have been completed. More workers are needed to investigate and process the cases before the commission.

Presently, there are over 700 cases under investigation, of which 74 are high profile.

“I had a meeting with President Mnangagwa and it was agreed in that meeting together with Treasury that we are going to take extraordinary measures that are going to ring-fence not only prosecutors, but every worker, every officer who is involved in anti-corruption work,” he said.

“Those measures include creating a very effective fence against compromise. It has been agreed that the salaries and allowances of the anti-corruption workers will be looked at in a manner that will ensure they will be freed and protected.”

He added that the workers would be provided with accommodation, transportation and allowances to ensure that they are not compromised.