VICE-PRESIDENT Constantino Chiwenga yesterday warned that the COVID-19 pandemic could soon blow out of control as the majority of Zimbabweans were reluctant to follow safety measures prescribed by government and health experts. 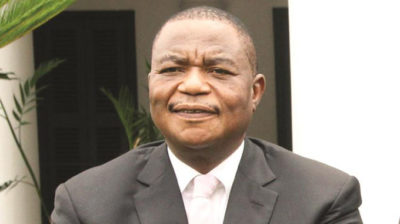 Chiwenga made the remarks at a health expo and COVID-19 awareness cycling campaign in Makokoba, Bulawayo.

Chiwenga, who doubles as Health minister, said government was worried that citizens were reluctant to wear masks and sanitise their hands.

“It is unfortunate that some people in their own wisdom decide to engage in a relaxed mode. As of November 11, cumulative cases stood at 8 666, with 366 active cases, 255 deaths and 8 046 recoveries,” he
said.

“About 1 468 were imported cases and 7 199 were transmitted locally. The cases that we got in other countries are now few. So let us be very careful as a nation.

“It has become a common feature to catch sight of our brothers and sisters disregarding wearing masks. If they wear those, most of them are left hanging like a necklace.”

“Scientists have said the virus targets mostly those with weaker systems, but I say, it targets those who are more reckless. The virus is real and it kills, we want to prevent it because we do not want to lose any life due to the virus,” Chiwenga
said.

“Some of our neighbouring countries have higher cases and we should be very careful because the situation is not good. The rate at which the virus is transmitted locally is now the most worrying,” he said.

“Vagaries of the pandemic have continued to adversely impact on the socio-economy of our citizens and subsequently, the national and collective security,” Chiwenga said.

“The pandemic has militated one of the worst economic recessions for many countries that were left with no choice but to turn to the Bretton Woods and other institutions for financial support,” he said.